A Call for Open Cybersecurity Middleware 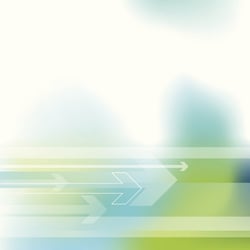 While attending Splunk.conf 15, I sat in on an interesting presentation given by Christof Jungo, head of security architecture and engineering at Swisscom.

In spite of all of this data, however, Christof described that it is still difficult to use this security data as efficiently as Swisscom would like to. Why? Jungo spoke of “IT industrialization”, with specialized organizations and tools for the network, servers, applications, etc.  So while it’s easy to collect data from all of these stovepipes for incident detection, it’s still difficult to operationalize security data for rapid incident response.

Yes, you can do one-off integration and rule sets between tools and security analytics platforms, but since each tool has its own policy engine, command structure, and API set, Swisscom claims that this can take 6-12 months to accomplish. His organization simply doesn’t have the luxury of time to integrate security technologies again and again.

To move beyond this cybersecurity bottleneck, Swisscom is championing an intriguing idea: Open security middleware through an abstraction layer, which Christof calls the collaborative security model. This middleware has a worthwhile objective, as it is designed to accelerate the ability to operationalize security data analytics.

Swisscom isn’t just talking about cybersecurity middleware, it actually has a proof-of-concept working and has already used it to integrate Fortinet and Splunk. The next steps include integration with threat detection and testing/scanning tools like vulnerability assessment.

Ever since I got into cybersecurity, I always thought it was absolutely crazy that security tools don’t work well together. Yeah, I get the competitive marketplace, but c’mon – we are talking about safety and national security here! Fortunately, the industry is starting to get it. Software-defined everything gives us the opportunity to abstract the control plane just as Swisscom is advocating. Furthermore we’ve already seen some commercial progress along these lines in areas like network security policy management (i.e. vendors such as AlgoSec, Tufin, and RedSeal) and incident response (i.e. vendors like Invotas, Phantom Cyber, Resilient Systems, and ServiceNow).

Swisscom and Christof Jungo deserve a lot of credit for pursuing and promoting this strategy and it sure makes sense to me. Security technology vendors may not like it and could try to disrupt a standard and open middleware layer believing it may strip away their unique value and commodify their tools.  To succeed in this effort, Swisscom needs help from other end-user organizations. I strongly suggest that CISOs and security engineers connect with Jungo, follow Swisscom’s progress, and join the effort if they see potential value here.