A ‘File Server in the Cloud’ is hard to find! 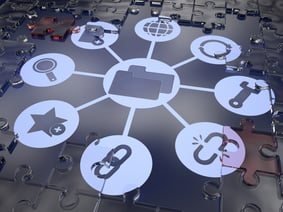 Disclaimer: I am not one of the ESG analysts who specializes in "mobility" or cloud-based file services … I’m “the backup guy” covering data protection. But as a twenty-five-year hands-on technologist, I’m sharing a personal experience for your consideration.

This weekend, I decided to fully embrace the cloud by getting rid of my last "production IT resource" in my Dallas office—a file server. This is not complicated, right? It is currently a 2TB VM with less than a dozen file shares on it and serving 3-5 users with various permissions to the shares. That is a configuration that anyone who has ever spun up a copy of Windows Server OS could do in less than an hour—but can you do it in the cloud? Not as easily as you might think.

I started with Office365. The setup was super easy, user and group management was very intuitive, and DNS integration with my third-party registrar was simple and well-integrated. Everything looks great as a "platform"—but how about the file services:

Microsoft OneDrive (personal)
One can easily get 1TB of data in OneDrive, but then each user has to share various folders to each of the other users. And while four other users doesn’t sound that bad, did I really want to create a mesh of this user owns that directory, shared four ways … another user owns another directory, shared four ways, etc.? But wait, there is a “business edition.”
.
Microsoft OneDrive for Business
“OneDrive for Business” isn’t “OneDrive” at all—it’s SharePoint!! In fact, the 1TB per user offer with OneDrive for Business isn’t even part of that SharePoint storage solution. It’s the same personal 1TB per user as OneDrive, with no connection to the SharePoint farm or each other without the same mesh-share conundrum. Who, if they want to get out of being a "file server admin," wants to learn SharePoint, which by the way can’t share files of any capacity?

Commentary: After running Windows Server file services for twenty years, I really wanted to just embrace Microsoft’s cloud solutions … but until "OneDrive for Business" really is "OneDrive" (a file sync/share platform), I just can’t. This is scary for those IT organizations that embrace Office365 and presume that OneDrive will meet their needs, without so much as a one-day evaluation.

Google Drive
Google Apps for Work was incredibly easy to set up, including integrations with my third-party DNS provider to have me set up in an org, with e-mail and other services in just minutes! But at the end of the day, it appears that the file sharing is still isolated per user. Just like Microsoft OneDrive, each Google Drive user gets 1TB—and then you are back to each user manually sharing data with the other users in the org in a messy mesh configuration. Nope …
.
Dropbox for Business
I am already a user of Dropbox in other venues, so this one seemed easy to consider. With a five-user minimum at $15/per month per user, its $900 per year to get started … which would be like purchasing a small file server every year. Beyond that, when I did get into the management UI, the offering appears to be providing shared capacity and IT oversight over what would otherwise be individual accounts (with the same mesh sharing challenge). At first glance, DB4B appears to be managing the users, not the data! So, it does not appear to be the centralized file sharing solution that would eliminate even my small file server.
.
BOX
So far, this is the closest thing that I’ve found to a file server in the clouds for SMB!  With a three-user minimum, fourteen-day trial, and unlimited data, it was up and running in 15 minutes, with folders created and permissions assigned soon after. I wish that the user/group functions were as easy as Office365—and there doesn’t appear to be any kind of dashboard on how things are going, other than some canned reports. Also, it appears as if the folder-synchronization is done PER USER, not PER DEVICE … which wouldn’t be an issue when I am logged in from my desktop with 3TB, but would be a real problem from my 128GB tablet. Maybe I’ve missed something?

But due to the per-user vs. per-device challenge, my search likely isn’t over yet. There are several other file-sharing services in market today … so I’d love your feedback or suggestions. Leave a comment below or tweet me at @JBuff.

At this point, it appears that the “big platform vendors” (Google/Microsoft) don’t yet have the functionality to displace a basic file server in my office, so I’ll be looking for a niche solution instead. Overall, the difference in functionality for something as "basic" as file serving is just another testament that a unified platform may sound good on paper, but it’s actually the usability of the individual components or services that really matter. IT is about functionality and enablement.

Translate that back to my data protection day job: A "unified" backup solution sounds great and even looks good in a comparative table, but how well does the solution do specifically with each of the myriad workloads that are unified … how well do VM backups work (and how fast are the VM restores)? … how efficient are the laptop backups? … can it back up SaaS like the cloud services listed above? If your unified data protection solution can’t answer each of those questions well on its own, then you’ll likely be adding additional backup tools for VMs, and endpoints, and SaaS. Because “unified” doesn’t matter if it backs up or recovers all workloads in a "uniformly" insufficient way.

Over the next few evenings, I’ll be transferring my file server’s data to the cloud … and meanwhile, I’ll be looking for a way to ensure the data is backed up as well from the cloud as it was in my own environment (which has equally few options). The exercise has been an enlightening one.

I hope that reading this was perhaps enlightening as well.