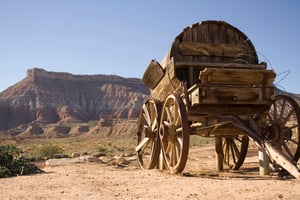 I have long been, and still am, skeptical of the idea that a single technology or product could address the IoT “market.” Because there is no single market in that sense. IoT is a collection of hundreds, if not thousands, of diverse use cases. For example, addressing the physical security and student safety needs within a university campus environment is very different from designing a digital infrastructure to the various monitor sensors and robotics on a manufacturing floor.

There are, however, some similarities. One common variable in IoT is the remoteness of the deployment. By definition, these environments are not in the data center nor are they in the cloud. So it tracks that technology must be hardened for harsh environments, and manageability must designed for remote monitoring, administration, and issue resolution. These are the vendor requirements for IoT technology, but almost as important are the vendor’s consultative services and logistical ability to quickly design and deploy equipment while delivering a predictable experience to nearly anywhere the world.

The edge is where businesses are less equipped to handle the delivery of individual components. They need full solutions designed, delivered, and deployed together. This is one reason why I find the modular data centers from Dell Technologies, along with Dell Technologies’ announcement this week, so interesting.

What matters in today’s digital economy is speed of execution. How quickly new digital services can be up and running directly influences project costs, the risk of overruns, and overall success of nearly any new project. Sometimes in the C-suite, it is easy to forget how long it takes to get trained people out to a location site to configure power, cooling (if it is even possible), and cabling, let alone the equipment. (Or how often some stuff shows up, but not everything, causing you to have to reschedule.)

The ability to deploy these solutions as a single entity, already tailored for your needs at the edge is a huge win, especially when you can deal directly with a single vendor. While most probably know Dell for its technology, Dell is also well-known for optimizing the potential of the Just-in-Time logistics and manufacturing model, an example of its wealth of expertise in managing the delivery of vast numbers of systems and components all around the world.

Tackling the edge is a tough task, but Dell Technologies is doing something really incredible with its modular data centers, though. For digital businesses looking to maximize their potential at the edge, its difficult to think of a reason not to consider these solutions as an option.