Amazon Throws Its Hat Into the Blockchain Ring 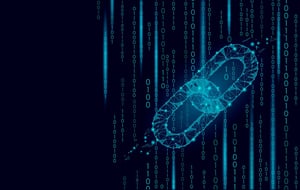 If you haven’t been paying attention, welcome to the year of blockchain. It was only a matter of time until the next big hyperscaler announced a blockchain service offering. There’s IBM with Hyperledger, Microsoft, Oracle, and now AWS has some skin in the game.

Late last week, Amazon announced AWS Blockchain Templates with a goal of simplifying the deployment and management of customized blockchains. Start by selecting the underlying blockchain technology – either Ethereum or Hyperledger – and instantly deploy and customize. You can selecte the type of consensus algorithm, set access controls (think private blockchain), and create applications with smart contracts. And being AWS, you have the ability to easily manage and monitor the service, as well as leverage the on-demand resource capabilities, meaning you only pay for what you consume when you consume it.

It’s no secret that AWS is thought of as the leader in the cloud game. AWS has continued to gain traction as its cloud business constantly pushes out new services, offerings, partnerships, all of which have competitive regional pricing and payment options. But while it’s leading the cloud market in terms of overall market share, rising competition from the likes of Microsoft and Google are creating a more competitive market. Additionally, organizations aren’t selecting just one cloud to satisfy their business and application requirements. ESG research shows that most infrastructure-as-a-service users have a multi-cloud strategy in place, with a majority of organizations leveraging at least two different public cloud service providers.

And I should note that while these providers are viewed as being US-based, do not sleep on the Chinese market. While there is a lot of misinformation out there about the Chinese not supporting (or supporting) blockchain-based digital currency, they do see value in the underlying blockchain technology. Baidu Inc. and Tencent already have blockchain service offerings, while Huawei just last week announced a Hyperledger-based blockchain service themselves.

With the market heating up in terms of announcements (and more on the way from other vendors), I’m interested to see the traction blockchain starts getting now that the leader in cloud market has arrived.