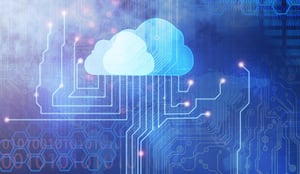 In the wake of the 4th annual Amazon Web Services (AWS) user conference, AWS has finally emerged as a leader in cloud infrastructure and platform services. AWS now has over 1 million active customers and year-over-year growth in EC2 instances, data transfer, and database use that is close to 100% as of 2015 Q2. AWS did $4.6 billion in revenue in 2014 and expects to see $7.3 billion by the end of 2015 which is close to 60% growth. Amazon is now adding over $1 billion in new revenue per quarter. It’s rare to see these kinds of growth rates in a business that is closing in on 10 years old. This shows the transformative effect that cloud services are having on the IT business.

But the high growth of AWS is far more than a story about being in the right place at the right time. Although AWS was a pioneer in the IaaS and PaaS market segments, plenty of vendors, including storied names like Microsoft, IBM, and Oracle, now have a strong cloud presence. Survey data also shows private cloud being a preferred path forward which is a path that AWS doesn’t support. So what is it about AWS that sets it apart from its competitors? We believe that it boils down to one factor: operational excellence.

AWS and Amazon both hold the objective of high volume and low cost as core values that are part of their DNA. While it’s easy for most vendors to make occasional efficiency claims, the growing strategic importance of IT meant that enterprises have been trained that they need to pay to play. This has been especially true since 2000 in the highest growth area of IT, which was software. Much of this software revenue was tied to proprietary products with high price tags and licensing policies that in today’s world seem punitive. While open source software products have been successful as low cost alternatives, they address a different target market due to their unique business model, which impacts their scope and performance. The net result has been an IT market that has grown weary of high prices and is ripe for disruption.

From the start, AWS has designed its data centers to deliver reliable services on demand at a low price. AWS has now perfected the process of designing, building, and operating data centers. AWS employs purpose-built servers, storage, and networks which enables them to carefully control costs while ensuring delivery of reliable on-demand services. AWS has also mastered how to manage their supply chain to make sure they are well insulated from cataclysmic events given the rate at which they now are bringing capacity online. This operational excellence also extends to how AWS develops software services. These services often have their roots in open source but are reengineered by AWS to improve performance. The result has been 516 new services launched in 2014 and 487 so far in 2015. AWS has now reached a point where from an IaaS and PaaS perspective they have comprehensive offerings with significant depth in infrastructure, security & compliance, integration, analytics, application services, mobile services, development, operations, and support.

Because all of this has been developed with a continual eye on delivering high volume at a low cost, AWS pricing sets the bar to beat in the industry. While Microsoft and Google monitor and adjust their prices to achieve parity or leadership in some cases, AWS is driving margins of 17%, meaning that it would be hard for them to lose any race to the bottom. Now that AWS has demonstrated that they can deliver reliable on-demand services worldwide, enterprises are taking notice. The number of enterprises now all in on AWS has exploded in 2015 and we see this largely as a recognition that AWS’s focus on operational excellence is a winning strategy. However, while other strategies such as product leadership and customer intimacy are also formulas for success, AWS is pursuing a strategy that is new to the IT market where there is a vast sea of pent-up demand for exactly what AWS is delivering.