At OpenWorld 2015 Oracle Shows it is Red-y, Willing, and Able (Video) 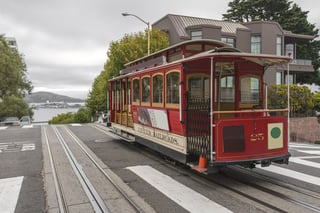 You close off a street in the middle of San Francisco, park a large catamaran at one end, ship in multiple tens of thousands of your geekiest friends, add myriad keynotes and sessions that deliver both mind-numbing specificity and mind-enhancing generalities (sometimes simultaneously!), bring Elton John and a boatload of co-operating/competing vendors along for the ride, and finally you daub as much red on as many surfaces as you can find. There you have it – Oracle OpenWorld (OOW)!

Time was that Oracle – and this event – was pretty much about the glory of the database, maybe with a few surrounding applications, which invariably would drive further use of that database. But that was then….and this is now. Now we have Larry Ellison heaping praise on the magnificence of IBM…just before asserting that his Red Stack (and all it now encompasses) will soon surpass IBM in many areas. Indeed the idea that “Big Red” replaces “Big Blue” in terms of being the number one one-stop-IT-shop is exactly the idea he wished OOW attendees to leave with.

My colleagues Brian Garrett, Colm Keegan and I tried to make sense of it all – at around 7 minutes, our “ESG On Location” video is way shorter than the time taken just to exit one of the OOW keynotes: and yet we hope we’ve packed in some valuable summary insights.

OOW is certainly a behemoth amongst vendor events. Any attempt to capture all the details, announcements, sessions, and bon-mots is doomed to failure (or at least doomed to interminably long success!). Indeed such an attempt would miss the point: Oracle wants to be one of very few total IT providers (and I suspect it has a stretch goal beyond that!). Right now it could credibly be argued that its manifest capabilities in the broadest of IT regards actually exceed its installations; but that just means there’s upside! And it means it needs to carefully monitor its overall ability to optimally manage and maintain such a breadth of offerings.

Built on the foundation – no doubt partially planned, probably somewhat fortunate, but nonetheless totally sensible – of a full infrastructure stack with cloud and security as needed, Oracle looks to have “red the ITea leaves” well! It seems to have predicted where the IT puck is going to be, at least in terms of IT moving away from being “do it yourself” to “just give me a working, integrated system.” That’s also why a lot of the messaging had “cloud” in the headlines but “infrastructure” in the body of the stories; and that’s why there was so much focus on support and affordability – after all, if you want IT users to increasingly rely upon you, then these are traits you had better have….or at minimum become known for (even when your history has not always been that). And as the “softer” side of Oracle (while “commercially pragmatic” is better, it doesn’t flow so well!) comes slightly more to the fore, so Oracle looks even scarier for its competition. With its clarity of vision and increasing completeness of portfolio, Oracle only added weight to both sides of this equation at this year’s OpenWorld.

Mark: For anyone who hasn't been to Oracle World, one of the things that most hits you is the scale of everything. There are road closures. There are bus services. There are people on bean bags everywhere. The thing is huge. One of the challenges of huge is the company is just itself so big, and covering everything is impossible. So what I've done is asked my colleagues Colm and Brian to cover some of the highlights from the broad perspective, where they see Oracle fitting rather than getting too nitty-gritty on the products. Listen to them and then I'll make some closing comments about the feel of the event and the company as a whole.

Colm: So here we are at Oracle OpenWorld 2015. This time two years ago, Larry Ellison was absolutely vilified for skipping out of his keynote address to attend the America's Cup Yacht Races in San Francisco Bay. What a lot of people didn't realize at the time though, was that Team Oracle was on the verge of a historic comeback. Down 8 to 1 to the New Zealanders, they had to win eight consecutive races to take the America's Cup. Incredibly, they achieved that. And perhaps in his own way of, "I told you so," here we are looking at this huge 72 foot catamaran proudly displaying that they are the current holders of the America's Cup.

I think it's somewhat of an apt analogy to look at the success of Team Oracle and what Oracle Team Cloud, if you will, is trying to achieve, and that's play a little catch up in the cloud provider market space. But I wouldn't count them out even though many people say they're far behind. They've got tremendous amount of resource financially, of course. In fact, Mark Hurd talked about how they're investing $5.2 billion a year in research and development. So that should go a long way to help them catch up in this race.

In addition, they have what many other technology vendors don't have. That's an end-to-end optimized stack, meaning whether you're running your workloads on-premise or in the cloud, you have a consistent architecture. They're using open standards as opposed to say AWS's proprietary approach with their API. They have, again citing Mark Hurd, probably what other technology vendors don't have, meaning they've got applications, middleware, databases. They own essentially the entire hardware infrastructure stack. In fact, many people are likening them to almost like a new IBM.

So what that gives them, it gives them a lot of control. In fact, as our fearless if not irreverent leader, Steve Duplessie, said recently, "They're not beholden to anyone." They can make this stuff happen. And that's really, their vision is hybrid cloud today. Over the next 10 years, businesses are still going to be running at least half their workloads on-premise, so what they need is the ability to gradually step into cloud consumption and Oracle is saying, "We can get you there as quickly as you want or as, quite frankly, as slowly as you want."

Brian: Like most of my colleagues here have been impressed by the end-to-end breadth of the Oracle engineered cloud solutions, the ability to freely move from public to private cloud. What I learned here today that was different is really the opposite extremes of the cloud. If we look to the very top of the cloud, the number of applications from ERP to human resource management to supply chain management and the growing number of applications, the same application spectrum run locally in your data center, in a private cloud, in a hybrid cloud, or in a public cloud.

Mark: So just a couple of other things that I want to mention in passing. I think really they're pragmatic, but they're really important for customers. The first is, and this is from talking to a whole bunch of end users over the last few days, the first is dramatic improvements in the patch process from Oracle. Now, some users will tell you that means it's gone from being a nightmare to just a pain, but frankly that's still a lot better compared to many other vendor situations. And it's clearly important for end users to get that sort of easier use. And that comes from the integrated engineered systems that obviously Oracle makes a big deal about.

The other thing which is just one of the counter-intuitive things that you come across every now and again is numerous customers I've spoken to who have attested to the fact that they're buying Oracle because it's good value for money. Not what we always thought of the company, and we knew it did good stuff, but whether or not it was good value for money was always debatable. And it's interesting both obviously for customer value, and also for the progress of the industry over the next couple of years to see Oracle playing in that manner.

Brian: Two really big things that I learned about are the archive storage option that they have, archive in the cloud for a tenth of a penny, for a gigabyte per month, or $1000 for a petabyte per month for rental. That's unbelievably affordable and great technology. It's actually powered by disk caching in front of tape in the cloud. Turns out that the cloud is a new surge in demand for archive storage. Some of it residing on tape.

And then the SPARC M7 processor, this is an amazing new innovation where it's not only bigger and better in every way, but the integrated security that they've got, providing memory-based protection, providing in-memory encryption. This is really a phenomenal technology, and it's being engineered with Oracle databases to provide better protection and security. And this is something that Larry made a big point of saying that we need to engineer in security, make it simple and always on, and the lower in the stack we can get that, ideally done down in silicon like they're doing with the SPARC M7 processor is a great way to get that done.

Colm: Twenty-five percent of dev/test workloads run in the public cloud. In 10 years, they're predicting 100% of those workloads are going to run on the public cloud. That's a tectonic shift. There's going to be lots of winners, but let's make no mistake, there's going to be a lot of losers in this game too. But what Oracle is trying to do is carve out a place in this niche, and if they can help their customers be successful by bringing in these optimized hybrid cloud workload elasticity through dev/test, I think it can vault them into a leadership position. So that's something to watch going forward. And who knows, maybe they'll have their own cloud catamaran soon.

Now the three main messages to leave here were, cloud, security, and I want to add one is the stack. As you can see lined up on the stairs here, a lot of the messaging was about cloud but a lot of the messaging was also Larry's keynote for example, basically an infrastructure, a hardware keynote. And that's what's really interesting. There are very few organizations left in the world that have the ability to talk cloud, talk infrastructure, talk security, another of the things mentioned a lot this week, and wrapping them altogether. That's the takeaway and I guess that explains the confidence.