Does the king of CRM need a food taster? 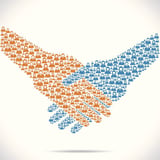 The big news in the marketing world last week was Microsoft's announcement that it plans to acquire LinkedIn for $26.2 billion. Admittedly, I was a little unclear as to Microsoft's motives at first; what use would Microsoft have for a social network that, let's be honest, tends to be the butt of social media jokes as often as it serves a significant role in any business' marketing plans?

Let's unpack this whole thing, shall we?

You come at the king

Microsoft's press release may have tipped its hand a little bit.

If you look closely at the quote from Microsoft's CEO Satya Nadella, you'll see what I'm talking about:

“The LinkedIn team has grown a fantastic business centered on connecting the world’s professionals,” Nadella said. “Together we can accelerate the growth of LinkedIn, as well as Microsoft Office 365 and Dynamics as we seek to empower every person and organization on the planet.”

That same night, I heard a rumor that Microsoft's interest in LinkedIn was to jump-start a new CRM offering to either supplant or supplement their Dynamics CRM. In that context, acquiring LinkedIn makes a lot of sense — say what you will about how users engage with LinkedIn, but job histories are usually pretty good there. If you find yourself in a job search, updating your LinkedIn resume is often one of your first stops.

So let's assume that rumor is accurate, and the LinkedIn pickup is the first step in a renewed effort to try to snatch away a piece of Salesforce's CRM market share. They won't be the first: SugarCRM, Zoho, Microsoft, and Hubspot have all taken potshots at the CRM king, with varying degrees of success. Many of the platforms that API into Salesforce have options to API into one or more of the other CRM providers. But Salesforce has become the Xerox of its field. It's the brand-name that's become so closely tied to the technology that the brand has supplanted the tech in most users' minds. It's the very definition of successful brand marketing.

If Microsoft wants to take a bite out of Salesforce, they'll have to aim for where the market leader doesn't stack up:

It's jarringly odd to think of Microsoft as "the little guy" in this market (again, assuming that the rumors are true). But when Dynamics' market share is so far behind Salesforce's, there's room to grow. I saw a recent survey that pegged Salesforce at 20% of the CRM market and Dynamics at 4%. The big takeaway from that survey was that more than half of the respondents didn't use any of the "big" CRM providers (Salesforce, SAP, Oracle, Microsoft, Adobe). There's a lot of room for the big and the little CRM providers to make headway.

I don't know if I believe that LinkedIn itself is going to offer much in the way of assistance in this path, but there are definitely places where Microsoft can one-up the market leaders, and the acquisition helps them force their way back into the conversation.

You best not miss

The other thing that I think LinkedIn can add to a new and/or improved Microsoft CRM is in the data-gathering/data-cleanliness side of things. One of the chief struggles of anyone in sales or marketing is making sure that the information you're working with is as up-to-date and accurate as possible. Sales folks are only human, after all, and sometimes that information can get old.

What LinkedIn can do (and Salesforce can't) is proactively offer new and corrected information to a sales team. If Jose Schmo recently updated his LinkedIn profile to reflect having left the company, a CRM with a strong LinkedIn base can tell Jose's owner that he's not there anymore. That will help keep the data clean, and help email deliverability by protecting against bouncebacks.

And what's more, a CRM with a heavy LinkedIn integration could put up a fight against the Discoverorg and ZoomInfo companies of the world — if you're frequently interacting with Kathryn, who has a given job title at a client, you may also want to be contacting Bethany, who has a similar job title at the same company. Make "new lead discovery through LinkedIn" a paid add-on and you've got a compelling CRRM solution: Customer Recruitment and Relationship Management.

Consider, it wasn't all that long ago that Microsoft made a play to buy Salesforce outright. Offered $55 billion, while Salesforce's CEO wanted $70 billion and the whole thing came apart. Microsoft's acquisition of LinkedIn might just be Plan B — instead of buying your way to the top of the CRM marketplace, buy something that lets you earn your way there, and for a fraction the cost (albeit a pretty big fraction).

With all of that in mind, can Microsoft be the first to really put a scare into the king?

My perception is no, not really. Salesforce has faults, but Microsoft is extremely late to the game here. It's going to take quite some time to develop the Dynamics CRM replacement/supplement, even more if they build out a lead discovery system. Salesforce has already shown a propensity for gobbling up solutions that augment their core business — Jigsaw (Data.com), Pardot (ExactTarget), come on down. Salesforce can make the argument that it already does just about everything a LinkedIn-foundation CRM will and then some.

But maybe a coup d'état isn't the only reasonable outcome here. All Microsoft needs for this investment to be worth it is to foment rebellion and seize a province or three. Weaving LinkedIn seamlessly into a strong Dynamics CRM could make that happen.