Blue Coat Doubles Down on CASB 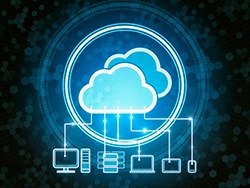 The CASB market, as relatively new as it is, is experiencing an accelerated maturation process, looking at the number of acquisitions, late-stage venture funding, and the entry of established brands. And it makes perfect sense: controlling the access to SaaS apps and protecting the associated corporate data assets heading north to the cloud is a broad-based concern exacerbated by the BYOD and telecommuting aspects of mobility.

Last week's announcement of Blue Coat's acquisition of Elastica is a notable marker of the rapid evolution of this cybersecurity segment with the company clearly doubling down on the palpable cloud access and control security market opportunity by following up their July acquisition of Perspecsys to further bolster their CASB offering. Already possessing essential network-based elements in its ProxySG proxy gateway and SSL decryption products, Blue Coat has key solution components — and this acquisition warrants looking at how these pieces fit together and what this may portend for the CASB market.

Similar to other cybersecurity product categories, CASB is fundamentally rooted in visibility and control, the definition of which is being expanded by Blue Coat and others in meaningful ways:

One of the central narratives of the CASB market to date has been a focus on how to best implement these capabilities since doing so requires intermediating a user’s access to the cloud as an authorized man in the middle. The use of cloud app APIs, forward and reverse proxies, and agents are not necessarily mutually exclusive and Blue Coat’s now expanded CASB offering is a good example of how different methods enable different capabilities within the visibility and control use case examples. While “how” has been a central theme to date, here are a few market dynamics for consideration moving forward:

Leveraging the sticky control position on the network vies-a-vies their proxy business to build a strong CASB offering is a natural for Blue Coat, one that both expands the definition of this segment and creates a formidable competitor for the venture-backed pure plays such as Skyhigh Networks, Netskope, and CloudLock who defined and created the market. The stakes are high and the rate of market development demonstrates as much. ESG’s forthcoming cloud security research project is highly focused on this segment for those reasons. Stay tuned.