Blue Skies Ahead for Dell, EMC, and Virtustream's Hybrid Cloud 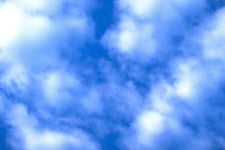 Scientists claim that aftershocks can continue for decades, and in some instances, centuries after a large earthquake event. In the wake of Dell’s announcement to acquire EMC for a staggering $67B, there have been verbal tremors emanating from some corners of the world of IT punditry and sophistry that speculate this deal will be a seismic bust.

Speculation and conjecture have their place; however, it would be more ideal if these musings were first cross-checked with the actual facts on the ground or...on the acquisition fault line: customer sentiment. According to a recent ESG survey, 92% of Dell and EMC’s customers expect to maintain or increase their level of spending with the combined company. It’s hard to get a much more bullish signal than that.

To curb the enthusiasm, however, this is clearly a massive and complex transaction and there are many hurdles that have to be overcome before the deal closes, so the soon-to-be-betrothed companies shouldn’t be counting that money just yet. Still, the initial read on the IT sentiment seismograph has to be encouraging for Michael Dell, Joe Tucci, and the associated throngs of Dell and EMC employees and partners.

As Dell and EMC sort through the embarrassment of riches in their combined technology portfolio, there is perhaps one hidden gem that is deserving of some special attention: Virtustream. Just after the acquisition announcement, I had a conversation with my peer, Terri McClure about how Virtustream could potentially be leveraged to vault Dell/EMC into a hybrid cloud leadership role. In fact, just several days after posting our video, Dell announced that Virtustream would be “spun-out” into a new Federation member that would also include the professional services arms of VCE and VMware.

The purpose of this newly created entity is to leverage the combined IP and collective know how of these three organizations to form a hybrid cloud triumvirate that can enable businesses to undergo true IT transformation. And when you peel back the Virtustream onion, the story gets even more compelling.

As Virtustream CEO Rodney Rogers put it recently, Virtustream is an IaaS provider that punches well above its weight. Virtustream’s technology was designed from the ground up to tackle the vexing issues associated with increasing infrastructure resource utilization in dense, virtualized, multi-tenant environments, while satisfying security, performance, and cost concerns. And it seems they may have actually cracked the code.

Rogers and company’s vision is not to just merely be another IaaS provider lining up to nibble at the heels of cloud behemoths like AWS. Rather, Rogers sees a second wave of cloud IaaS adoption rapidly approaching that is fundamentally different than the consumer-driven IaaS wave that AWS helped usher in. This phase will be all about servicing mission-critical workloads across hybrid cloud environments and delivering a seamless, cohesive experience to businesses.

As such, Virtustream’s offering is designed to handle large, mission-critical, enterprise-class workloads, like SAP and SAP HANA, and enable them to run extremely efficiently at cloud scale—as in orders of magnitude more efficiently. All while delivering higher performance, lower costs, and airtight security. Virtustream and VMware will constitute the hybrid cloud glue that makes all of this stuff work. And VCE will be the packaging to deliver these hybrid cloud capabilities and help deliver a consistent end-user and administrative experience.

This gives the new Virtustream organization a firm foundation to carve out a significant presence in the hybrid cloud market arena.

As with all tectonic shifts, the near-term risk for Dell/EMC is stumbling out of the gate and not quickly getting on to level ground with their customers, partners, and vast employee base. Filling in the rifts and deep fissures that could emerge from within this ecosystem will require the patience, skill, and craftsmanship of a fine sculptor combined with a geo-landscape artist. And even with that, it is likely there will be minor temblors and aftershocks in the ensuing years ahead. Despite these risks, it appears there could be blue skies ahead for Dell, EMC, and Virtustream.