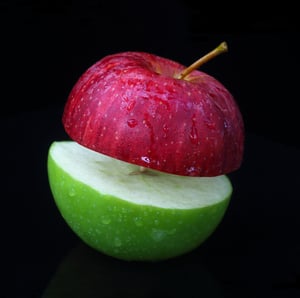 IBM’s announcement last week that it is to split into two companies by spinning off a big chunk of itself leads with a compellingly bold statement, saying it is “…to accelerate hybrid cloud growth strategy and execute spin-off market-leading managed infrastructure services unit.” By the way, when I say “big chunk,” I actually mean a relatively small percentage (just under 25% of current revenues)…but anything at IBM-scale is big compared to most businesses; the NewCo has a current revenue run-rate of $19BN, a backlog of $60BN and does business with 75% of the Fortune 100. Not bad, eh!?

I so want to be enthusiastic and insightful when reading these multi-billion-dollar corporate moves. And, heck, IBM is IT royalty so it must make obvious sense, yes? As well as the “when” of the separation (scheduled to be by the end of next year), IBM also laid out the “what,” in terms of which elements of its current business stay or go. But the bit I’m somewhat struggling with is the “why,” or more accurately, “whether” it’s a good idea. I find myself with as many questions as answers.

At the risk of repetition, execution is going to be everything. Not just for clean-lines of who does what, but to ensure that the requisite speed-, value-, and customer service- innovations are delivered by both companies. The systems business is a good example of the execution-finesse that’s going to be needed: It is staying with IBM but part of its essence is to co-ordinate with both NewCo and NewCo’s business and partners, as covered in the press release: “IBM's Systems business, integrated with the hybrid cloud platform, allows cloud-native developers to capitalize on the unique capabilities of IBM's hardware. Leveraging its long-term relationships with clients, IBM will continue to drive the innovation in hardware that enterprises rely on for their most mission-critical computing needs.”

So, as I said, as many questions as answers: Do you fall into the camp that believes the enhanced focus created by the split will boost results; or do you believe it will create customer frustration in equal measure? Do you find splitting one of the few remaining [nearly] soup-to-nuts IT providers puzzling at a time when users are buying into outputs and results and worrying less about how the sausage is made; or do you think end-to-end provision has had its day and users want to pick what they do and how they do it separately? I guess it matters as to how you see IBM as it is structured today? Do you see a re-formed giant that has brought its robust skills up to date and that’s still capable of competing at the highest levels, or a strained behemoth that will intrinsically become more nimble and successful by splitting its management and reporting structures. Can – and, just as importantly, should – the culture of IBM be changed by cutting it in two?

Put simply - and looking more at the execution than the financial engineering - when it comes to evaluating this deal, beauty is truly in the IBM of the beholder.