Can A Pure Storage Company Make It Big? 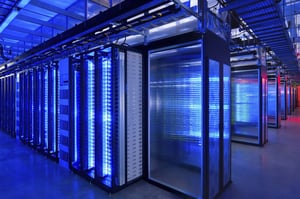 There has been a lot of time and [electronic] ink expended of late in the build-up to, and eventual launch of, the Pure IPO yesterday. Most of the commentary has concentrated on the valuation and stock trading zone. As I write this, the stock price has floated down softly to around $15.50, off from the offering starting point of $17 per share. The financial press headlines contain plenty of words like "disappointing" and "failed to impress." Moreover, they talk of the impact of this unicorn IPO on the appetite and enthusiasm for tech IPOs. In other words, it's a very parochial Wall Street view. And frankly, that's where the focus is misplaced, at least from the storage and IT market perspective.

Now, I am not here to suggest that the share price is irrelevant or that many people wouldn't have been happier to see a more robust start for PSTG shares. But there's a more significant set of considerations from a technology, industry and end-user perspective.

Just to tie off on the financial aspects - the thing to keep in mind is that Pure got "out' and raised its money: it is now in control of a stronger balance sheet and is trending in the right direction to reduce its losses. As a publicly traded company, the focus and scrutiny will be ever so much more intense, but at least Pure will be able to better compete for new clients without the "cloak of innuendo and uncertanty" that it has worn of late.

And now to the bigger picture. Pure has shown an excellent ability to execute in terms of product, marketing and user acquisition. One area that it certainly cannot be faulted on is its ability to capture mindshare. It's made waves so much that in today's NYT DealB%k write-up of the rumoured acquisition of EMC by Dell, it is Pure that is specifically (and singularly) called out by name as an example of the competitive pressures facing EMC! Pretty impressive for a company of "just" a few hundred million dollars in sales, when there are some multi-billion dollar behemoths that would seem to be more obvious competition.

But, as I suggested, this IPO - and Pure itself - are both part of and subject to much bigger market issues.

What are those big market issues? Well, for storage, they are the ones we all know about - the many types of [hyper-]convergence, the myriad types of cloud, and the march of software-defined storage. Which one, if any, "wins"? Maybe all three do to some extent - upcoming ESG research shows that a staggering 90% of users (senior managers responsible for storage) expect one of those three things will be the norm five years from now. In many cases, that will reduce or eliminate the need for purpose-built, on-premises data storage systems (and, not insignificantly, the people to support those systems!).

Pure - as well as all the current large encumbents and, indeed, all the smaller start-ups in storage - has this as the game board on which it plays. Now, there's nothing guaranteeing that this scenario transpires (though personally I think it's inevitable, but will be slower to start and then happen really quickly) but the rules of the game are changing inexorably nonetheless. Immediate success in the storage market can happen pretty much as it has for decades, as there's an enormous TAM (made up of organizations moving at different speeds) to aim at, but mid- and long-term continued success (and you can see this happening already) requires, at minimum, a foot in both camps: the traditional approach and the contemporary/emerging approaches of cloud, convergence and software-definition.

The laws of physics and economics are alive and well in the storage ecosystem, and they are highlighted even more by the rise in demand for IT application speed and capacity. At the end of the day, storage is simply a tool; users want that tool - at least for production systems - to be fast, cheap, and always 'up'. We can see that the ways such speed, economy and availability are delivered in a virtualized and converging IT world are already changing, and there's room for any and all players of the storage "game" to either adapt or fail.

The late Yogi Berra famously said, "when you come to a fork in the road, take it". And that's pretty good advice for the storage vendors today! More than I can ever remember, serving and being successful in tomorrow's market will require something markedly different from what it takes to do the same today.

So, will Pure make it big? Profitable? And to a higher stock price? There are too many variables to answer any of that today of course. Certainly it is a dynamic company in a large, growing market; its executives have said all the right, encouraging things over recent weeks, and the result has been that it has been successfully annointed with a high valuation. The cost of that annointment is greater transparency and external investigation; Pure Storage clearly has driven real business up to this point - but whether it can drive to become a real big business is just as much about the market it inhabits as about Pure's technology, and probably way more than about the vagaries of Wall Street.