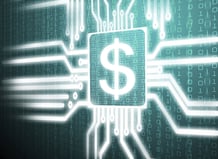 During Oracle's January product launch, Ellison acknowledged that in large part, Oracle had been battling a perception problem - the perception that their engineered systems, like Exadata, while perhaps technically compelling, were just too darned expensive. While Ellison reserves the right to disagree with that perspective, he and his legions at Oracle want to take cost off the table once and for all.

At the heart of Oracle’s “new” strategy is an attempt to systematically drive down the cost of compute, networking, storage, and virtualization, in some cases by an order of magnitude, all while delivering much higher performance. During Ellison’s January keynote presentation, he stated that the core of most data center environments today are comprised of inexpensive Intel x86 dual socket systems. While tipping his hat towards Cisco’s UCS success, Ellison believes Oracle can do it better and at a much lower cost.

On its face, Ellison’s argument is persuasive: Why pay twice for a virtualized compute, networking, and storage infrastructure stack when you can get a higher performance solution for much less?

To be fair, one might argue that VCE is integrating best-of-breed technologies and as such, can command a higher premium. But the question is, assuming Ellison’s numbers are accurate, how long before IT buyers sit up and take notice? And with the huge footprint of Oracle software in the data center, one would think that Oracle might have significant price leverage, via the competition, to enable them to seed more VCA platforms across their accounts.

One area that Oracle may need to address with their VCA offering is the use of OVM, or Oracle Virtual Manager, at the hypervisor layer. According to various market sources, VMware’s vSphere and Microsoft’s Hyper-V hold approximately a 55% and 30% market share respectively. While many data center environments are diversifying their hypervisor footprint to lower costs and to “keep the other guy honest,” it may be challenging for Oracle and their partners to convince businesses to add a 3rd or a 4th hypervisor on the data center floor (particularly if it’s an infrastructure silo).

One of the challenges I discussed in a previous blog was this tendency towards virtualization silos - where application workloads get siloed off on their own discrete islands of virtualized infrastructure. For many IT organizations, balancing cost and complexity is like walking a balance beam. Oracle’s converged infrastructure strategy of lower cost, higher performance computing may be successful if they can keep their customers from falling off that beam.