Can VCE's VBlock Be An Agent of Change for IT?

Author Joseph Campbell once stated, "The virtues of the past are the vices of today”.

IT server, storage, and network administrators who still cling to the old ways of managing infrastructure in discrete silos would do well to heed Campbell’s warning. 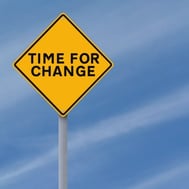 At the VCE Analyst Summit in Chicago last week, this issue was discussed at length with four different VCE customers who are in various stages of their IT transformation. Each member of the customer panel was in general agreement that getting dyed in the wool “stovepipe” administrators to change how they look at infrastructure and, more importantly, how they work with their administrative counterparts to deploy IT services can be a challenge.

Let’s face it, for a long time, IT administrators have essentially worked in fiefdoms and to some degree, have even been encouraged to put on the blinders, and jealously guard their respective piece of the infrastructure turf. So trying to get a server guy to think about storage or a networking guy to think about servers and vice-versa is akin to making a religious conversion. Or at least, it is in some cases.

One customer panelist represented a hospital system that was struggling with IT inefficiencies, cost over runs, and worse, downtime that was impacting the quality of patient care. Each of these problems could be directly linked to the "silo-ization” and lack of coordination between the functional IT teams. According to this IT “change agent,” the VBlock represents a whole new order for how IT will function going forward. As a fully integrated stack of virtualized compute, networking, and storage resources, the VBlock can help his team get out of the business of piece-part infrastructure management and on to tasks that can enhance hospital applications and ultimately contribute to quality patient outcomes.

But while the VBlock is a transformational technology, the people have to be willing to make a change first. The hospital IT director stated that there are some who “get it” and others who don’t. And while we all like to paint a happy picture about how, using various solutions, IT folks can now ride off into the sunset arm-in-arm and singing Kumbaya, the hard reality is that there is some technology Darwinism at play here. 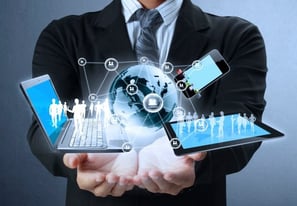 Here is where it may do some good for IT folks still clinging to the old ways of doing things to listen to the words of a young Bono before all his present day U2 hype:

Those who are willing to change may be rejoicing in their organization’s IT transformation, while others may be gnashing their teeth somewhere in the technology wilderness.