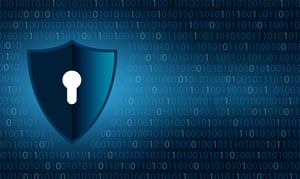 When you think about VMware and cybersecurity, two products have always stood out. NSX has evolved into a common micro-segmentation tool for east/west traffic within ESXi, while AppDefense monitors applications, determines “normal” behavior, and detects anomalies.

Now, VMware has other security capabilities, but few cybersecurity pros know a thing about them. Why? Despite its strong technology, VMware has never established itself as a cybersecurity vendor. Many VMware sales people have a cursory understanding of the company’s security capabilities while partners often complain that beyond its Palo Alto headquarters, VMware isn’t proficient at driving security go-to-market programs with channel partners or its global sales organization.

For these reasons, VMware acquired Carbon Black last week. Yes, this acquisition can help VMware address its historical cybersecurity shortcomings, but Carbon Black has the potential to contribute much more. The combination of VMware and Carbon Black can:

While VMware has its checkbook out, it could further bolster its security stance with a few additional acquisitions in:

Regardless of future moves, VMware just took a major step toward becoming a cybersecurity leader while shaking up the security industry. My learned colleague Dave Gruber and I will be watching and reporting on further progress and developments.