Carbon Black and VMware: What’s in it for both and for you! 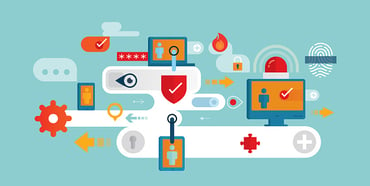 With the recent announcement by VMware that it will be acquiring Carbon Black, VMware will be adding much needed security expertise and technology to its already strong portfolio.

Carbon Black began working together with VMware in 2017, as VMware began focusing on securing virtualized applications running in the data center. In support of this initiative, VMware AppDefense was announced at VMworld 2017 and began shipping in early 2018. With its initial introduction, AppDefense leveraged Carbon Black’s reputation services. Throughout 2017, the Carbon Black CB Defense engineering team worked closely with the VMware AppDefense team to construct a tightly integrated solution, combining AppDefense with CB Defense, providing a comprehensive virtualized application security solution that leverages the hypervisor.

For Carbon Black, this acquisition opens the door to a wealth of new opportunities in securing cloud and virtualized workloads, leveraging the intelligence and analytics engine available in its cloud-delivered Predictive Security Cloud platform. It also opens the door to VMware’s massive sales channel and potentially access to bigger budgets typically allocated to the purchase of VMware operational infrastructure. This will give Carbon Black a much-needed boost in its ability to enter adjacent markets with more vigor.

But as always, proof will be in the execution of this high-potential marriage. Carbon Black needs to stay focused and not lose any momentum in the next 18 months. VMware has a respectable acquisition history, so I would expect this to play out well for both teams. But for now, one more high-profile endpoint security vendor has been absorbed and others will quickly be maneuvering to grab market share. There is no shortage of players in endpoint security, and buyers continue to be hungry for the next innovation that will protect their growing attack surface.