Carbonite Buys Webroot – Why You Should Care 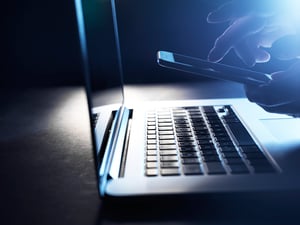 My first immediate concern is that I’ve seen this before. Symantec bought Veritas – same logic: marry endpoint security with data protection – because that makes sense – except it didn’t work. It failed spectacularly.

Having said that, times are different, so I won’t immediately write it off. But I do have big concerns.

Here are some pros:

Carbonite generated $50M in free cash last year – but they just spent $618M. They have very little room for error. This is a massively expensive play for a company that made just $7M. I don’t know the financing details yet, but unless someone’s rich uncle just decided to give them a half a billion dollars, this a huge leverage play. No matter the synergies, they will not be able to rip out huge costs to offset the risk. They have to nail this.

I can get my head around the synergies. I get the market opportunity and I get that the buying climate is essentially perfect right now. This stuff is hard, the stakes are always getting higher, and making life easier is the key to success in IT these days. Being able to mitigate risk while simplifying management and deployment of two critical operational elements (endpoint security and data protection) seems like a no brainer. But alas, the devil is always in the details.