Catching Up with Symantec 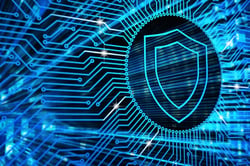 When Symantec and Veritas joined forces, Symantec Vision (its customer and analyst event) was a regular spring ritual. Like the swallows coming back to Capistrano, I made an annual pilgrimage to Las Vegas, parked myself at the MGM or Venetian, and spent a few days catching up on the latest Symantec buzz.

Alas, when Symantec divested Veritas and acquired Blue Coat, Symantec Vision was put on sabbatical for a few years. Yesterday, Symantec renewed its analyst outreach, however, with a new-look analyst event here in Boston. The company highlighted:

Symantec addressed a lot at the event, far more than can be covered in a short blog. Nevertheless, here are a few of my takeaways:

Symantec certainly has some internal challenges ahead while it also faces some crafty competitors as the impending cybersecurity "platform wars" gain momentum. Despite these issues, I left yesterday’s event with the impression that Symantec faces these challenges from a position of strength in the market. If it executes well, Symantec should continue to progress and prosper.