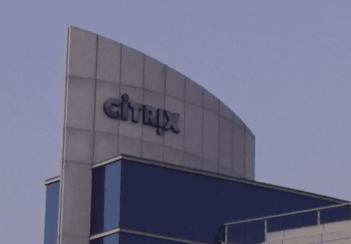 Citrix has always been a company that provides the glue between disparate enterprise resources. This goes back many years. From app virtualization and VDI, application delivery controllers, or file sync and share, it served as glue to fill in areas where other companies lacked an adequate solution, or provided a multi-vendor solution where other companies, due to a single vendor focus, failed to provide an adequate answer.

As traditional vendors opened to interoperate in a multi-vendor environment, Citrix’s DNA allowed it to stay innovative, even as other firms introduced competing products, such as in remote desktop access.

I attended their Industry Analyst Meeting in Santa Clara, CA, and came away with a view to try to put a framework around their offerings.

If you step back and look at Citrix's portfolio in its entirety, you realize that something else emerges. I want to call it an enterprise service mesh. This is a riff on the notion of a service mesh, which is a concept used in software development infrastructure that allows a set of micro services to communicate with each other. However, we are talking not about software development, but a platform upon which enterprise resources connect to each other.

The endpoints are not micro-services, but rather the whole range of endpoints in an enterprise such as virtualized desktops, applications, file shares, mobile devices, and ultimately IoT devices. If these systems can be integrated into a single mesh in a consistent, secure way, then it will simplify management, security, and related operations and analytics.

Obviously, many infrastructure companies try to create these connection fabrics, but they often focus on an area they are most competent on (or comfortable with), such as pure networking, programming platforms, or storage.

This distinction becomes even more important as the endpoints reach out beyond the traditional boundaries of the enterprise (think of data centers and traditional campus/enterprise network endpoints, such as laptops). We now have endpoints in the cloud, mobile devices, and ultimately a myriad of IoT devices.

As we move to a cloud-based environment, the real definition of the "cloud" in this case is not the traditional (public service provider delivered) cloud, but a mess that envelops everything in sight.

What sets Citrix apart is that it provides assets that range from end-user connectivity through application delivery down to core networking infrastructure (like SD-WAN). Ultimately, you need a holistic view of the entire stack to tie these items together, and that is a distinct viewpoint and advantage Citrix has.

They currently are touting a notion of a secure digital perimeter (and a secure digital workspace), but I think the notion is even larger than the benefits of security and workspace access that they allude to. If they can create a common platform (for not only end-users, but also for software developers), they will be able to re-invent themselves as a key infrastructure “glue” provider for enterprises, with an end-to-end emphasis of benefits for resources starting from mobile devices down through the network (and ADCs) to application resources. We’ll see how this story unfolds.

In the meantime, please take a look at the video I recorded at the Citrix Analyst Event.