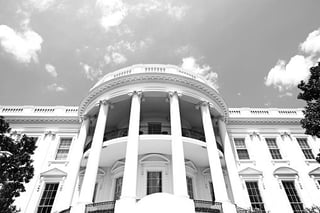 Before leaving office, President Barack Obama commuted the sentence of former Army soldier Chelsea (Bradley) Manning. At the time, Manning was serving a sentence of 35 years for leaking classified material to WikiLeaks in 2010. This material was subsequently published by WikiLeaks, embarrassing the US government and exposing several previously undocumented war crimes that took place in Afghanistan and Iraq.

The President’s decision to commute Manning’s sentence was extremely controversial. The verdict was made over the objection of Secretary of Defense Ashton Carter, while other military and government officials quickly criticized Obama’s pronouncement.  Just today, President Trump referred to Manning as an “ungrateful traitor” who should have never been released from prison on Twitter.

The Manning decision was and continues to be extremely emotional – especially for those in or associated with the US military. Many believe that Manning aided and abetted the enemy by leaking sensitive documents and put US and foreign personnel at risk.

While I certainly understand this perspective, I believe that President Obama made the right decision and that his critics are letting their emotions get in the way of the facts of this case. To be clear, I believe Manning did commit a crime and should have gone to jail for his actions. That said, the 35-year term was wildly excessive – Manning has served enough time and deserves to be free.

Here’s a very abbreviated history of Manning’s life before, during, and after her time in the army up to her arrest and sentence:

Manning also reached out to several people about leaking the confidential documents, including famed hacker Adrian Lamo. After some personal strife about what to do, Lamo contacted the authorities. Manning was arrested in 2010 and detained for several years before pleading guilty in 2013. Manning was sentenced to 35 years in prison.

As I see it, US Army negligence was a major factor in Chelsea Manning’s ability to perpetrate this crime in several ways:

Finally, it was WikiLeaks, and not Manning, that decided to release documents without redacting sensitive data, and this careless decision caused many at WikiLeaks to abandon Julian Assange. This doesn’t let Manning off the hook but I felt it was worth noting.

Yes, Manning was guilty of a crime, but basic security controls and sound HR decisions could have prevented this major breach. As far as I know, no one else was ever held accountable as well. Based upon all of this, I truly believe that President Obama’s commutation was a just and appropriate action.