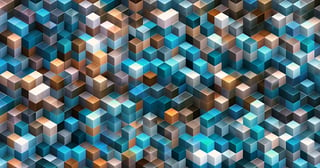 One of the biggest problems with production adoption was that storage, or data, needed to be “retooled” for a containerized world. Incumbents and startups alike have been trying to solve or buy their way in because until that issue is solved, it’s a non-starter. You see Pure buy PortWorx and recently Veeam buy Kasten just to play in a containerized world.

I’d be remiss in not pointing out that Commvault saw this issue over a year ago, and now I completely understand why they bought Hedvig (a virtual storage play seemingly custom built to deal with the complexity of cloud and container environments).

Containers, namely Kubernetes, is going to be the next big thing—the new way of doing things in our wacky world of IT. It just makes sense. So if you are a vendor without a good high-value story, you will be in trouble, and if you are a buyer, it’s time to stop playing in the sandbox and realize the value, speed, and mobility that containers bring to bear.