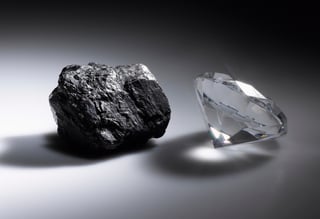 It’s no secret that NetApp has had a tough go of things these past few years, but I’ve just returned from its annual industry analyst meeting and it was clear to me during this full day discussion that NetApp today is not the NetApp of yesterday. In our internal discussions these past few years, we acknowledged that it had an excellent technology foundation, had made some good acquisitions but executed bad integrations, and needed a significant overhaul - a transformation, if you will - including getting beyond selling storage boxes. For example: up leveling the discussion rather than selling speeds and feeds; expanding the portfolio beyond storage to deliver more value; ridding itself of the antibodies that prevented acquired technology from thriving; and being bold(er) in its marketing. NetApp was famous for technology innovations it never told anyone about (while other, bolder vendors claimed first mover advantage!) In the past two years, it has transformed to the point that the discussions we are having with it today are completely different than those we have had in the past. It is certainly not your father’s NetApp!

It is still early days in the transformation, but I am feeling more positive about the company than I have in a long time (better than I even felt before the "dark" days). Why? I’ll focus on the three things that stood out most during the analyst meeting: team, technology, and execution. Let’s take a look at each.

NetApp's CEO, George Kurian, characterizes the past few years as NetApp's Transformation 1.0 stage, and has mapped out the 2.0 phase. It executed well on 1.0, if it executes as well on 2.0 then NetApp will truly be back and a force to be reckoned with. Will it be difficult to compete as a standalone company against the behemoths like Dell EMC, IBM, and HPE? Yes, though those companies have execution challenges of their own. But today, NetApp is in a much stronger position than it was yesterday.

Of course this discussion could be much longer - there are many more things at play here and if I went into detail on everything it would be good bedtime reading. Running a company is much more complex when you are responsible for the bottom line than it is to someone looking from the outside in. It’s good to see the company come out of the doldrums and the team should be proud as it celebrates its 25th anniversary this week.