Data Makes the World Go Round... 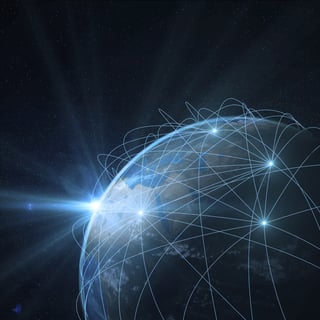 ...Or at least data can be used to model the Earth's rotational vectors and predict trajectory locations over time. A few things have got me thinking about the world of data and the data of the world. First, I watched "Hidden Figures" with my girls last night. Amazon's machine learning models accurately predicted that we would like this film and positioned it strategically on our suggested titles list. There was a lot to like, including worthy themes around:

While we never quite got to see the details of the astrophysics work, it was clear that my kids were inspired to do their math homework, become data scientists, and subsequently pay for my planned lavish and early retirement. Bonus: I got to pause the film and share my knowledge of the Euler method, which doesn't happen nearly as often as one might hope.

Second, (refer back to "First" in the first paragraph if you've lost the flow of my nested lists), a friend Tweeted out a link to the "Our World in Data" website and its great trove of data and associated analysis of world trends. The free availability of excellent data sets is an amazing resource in the modern era. I suppose this category includes Twitter, too, at the very least for pointing me to relevant content. Take for example, this chart: 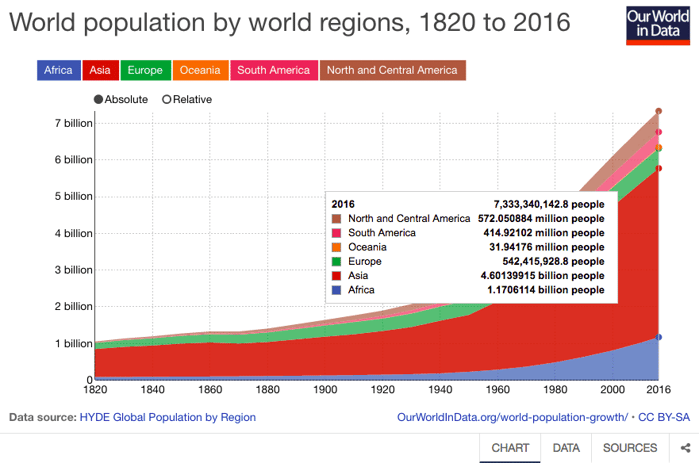 At a glance, this prompts some insights, some more questions, and some ideas for correlations to explore. What impact does this population boom have on the world? Why has Asia's population soared? Is that growth actually disproportionate to other regions? How can businesses use this data to increase profits and governments use it to promote peace and sustainability? Are those concepts mutually exclusive? Does government actually work to promote business profits? Am I getting too cynical? Simple chart, big stimuli. And this is just one of many data sets, ripe for exploitation (again, hopefully, in a good way).

There has never been a better time for our industry to analyze and serve the world. Let's work together to make it happen, people.