Data Protection in a Dell-plus-EMC World 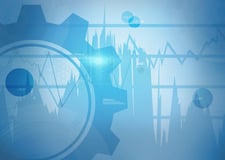 Earlier today, Dell announced it was acquiring EMC. While there is still much to be decided and most of this will not substantively occur until mid-2016, the scenario raises several interesting ramifications regarding data protection as each of the vendors already had an interesting road ahead into next year:

Dell continues to evolve, particularly within its Data Protection portfolio, after its acquisition of Appassure and then Quest. With much of the IP and product direction now aligned, Dell already boasts a complete solution portfolio:

Aside from the technologies themselves, which ESG has covered over the years, Dell has admittedly struggled to clearly articulate its broader "Data Protection" story, under its "Protect" message pillar that encompasses both its backup technologies and its information security offerings. Previous ESG commentary on that can be found at:

Admittedly, 2016 looks/looked full of potential for Dell’s data protection portfolio, with several exciting innovations and vision, starting with Dell World in two weeks—and that was before the EMC announcement.

EMC is one of the behemoths in the data protection industry, particularly with large enterprises where the synergies of EMC primary storage and EMC protection solutions are well-aligned, including:

EMC has recently completed its own reorganization by combining the previously focused Data Protection and Availability Division (DPAD) with its primary storage (VMAX, VNX, etc.) divisions to create a mammoth Core Technologies arm of the company. Some of the products have continued to evolve—including additional backup software partners joining the Data Domain ecosystem and a new virtualized appliance offering for Data Domain being pre-announced—but having a single field and marketing engine across primary/protection portfolios has diluted some of the fierce and focused data protection momentum that EMC has historically been known for.

Both organizations have great potential attach stories for their data protection offerings, which is both a blessing and a curse:

Considering Dell’s strong relationships with other major software vendors (i.e., Microsoft), the dynamics of Hyper-V centric protection vs VMware-preferred protection solutions may shift during this evolution. Meanwhile, the new DELL+EMC data protection attach story may become more complicated. On today’s announcement, executives from both companies stressed their commitment to maintaining healthy co-opetition, so:

But then, where will the “better together” come from … other than ease of acquisition through what promises to be a juggernaut of a sales force? How long will it take the combined product marketing/management organizations to reconcile the two DP portfolios into definitive guidance on when to use each product? Until then, will their channels stay as committed? Or will the uncertainty of both product lines’ long-term be an opportunity for everyone else in the DP market to gain share?