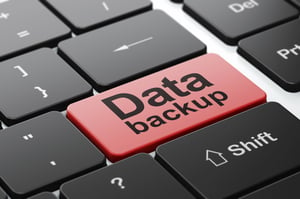 Earlier this month, Dell announced enhancements to its DR series of deduplication appliances.  Deduplication appliances continue to be a common method of improving one’s overall data protection infrastructure since they can typically be added to whatever backup/archive software or method that you already have, while near immediately reducing the storage consumed in secondary copies.

Check out my recent video on Deduplication Appliances that was released as one of four videos covering a few of the key insights from ESG’s recent Shift to Data Protection Appliances (DPA) research report.

The Dell DR deduplication is powered by the Ocarina technology that Dell acquired a few years ago and is now a family of storage appliances. So, what is notable about the Dell DR updates:

You can also check out ESG Lab’s hands-on assessments of the Dell DR6000 and the Dell DR4100.

Now, Dell has announced enhancements to their DL series of backup appliances, powered by Dell’s AppAssure backup software. For context, check out my recent video on (turnkey) Backup Appliances, from the same DPA research mentioned above. With the announcement come two new DL series appliances:

It’s been interesting to watch Dell truly metamorphosize from a server/storage company that resold other folks’ data protection tools into a genuine data protection portfolio-driven company that has built upon its Ocarina, AppAssure, and Quest acquisitions and is now telling a comprehensive story – with one of its core pillars being to help its customers “Protect” through both information security and data protection.

As the portfolio continues to come together, watching how these DR and DL platforms continue to evolve and innovate (in announcements like these) will be foretelling to the future of Dell as a complete provider of enterprise services and solutions. Congrats on the recent data protection evolutions and I personally look forward to watching things continue to come together and for the world to re-discover the new Dell.