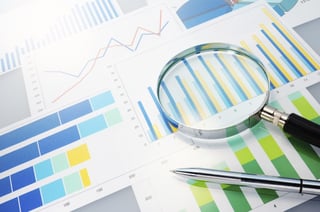 Today, ESG released a non-sponsored brief on customer sentiment of the Dell/EMC deal.

It’s important to note the emphasis – “non-sponsored.” We did this all by our lonesome – because we wanted to know what real people really thought about the deal. No offense to you non-real people.

We, like many others, have prognosticated on the deal – and we have been generally bullish. Many others have decided the deal is garbage.

Alas, we, and they, are not meaningful. Only those who buy stuff are relevant. It doesn’t matter what I think really. Heck, I use a Mac.

So we asked midmarket and enterprise CUSTOMERS of Dell, EMC, or both a series of questions to get their thoughts on the deal.

The numbers are clear, and overwhelmingly positive. Numbers that are so positive it even shocked us. How positive? Seventy-five percent of respondents think the Dell-EMC combination would benefit their organization. The number is even higher among joint customers that buy from both firms. As professional market researchers, it’s fair to say that we rarely (never) see numbers like this.

Read the brief, so I don’t have to go through the data with you – it’s easy and straightforward. What it tells you is that if you are a customer of both, you are going to spend even more money than you already do. That’s gotta make you smile if you are Mr. Dell. The one area of concern is no surprise either – EMC-only customers do not want Dell to screw around with their service and support.

The deal still has a long road ahead of it, but assuming it happens, the early feedback from the important people – those who vote with their checkbooks – is undeniably positive.

For some more in depth analysis of the deal from the Cloud/Virtustream perspective, check out Colm Keegan’s blog. 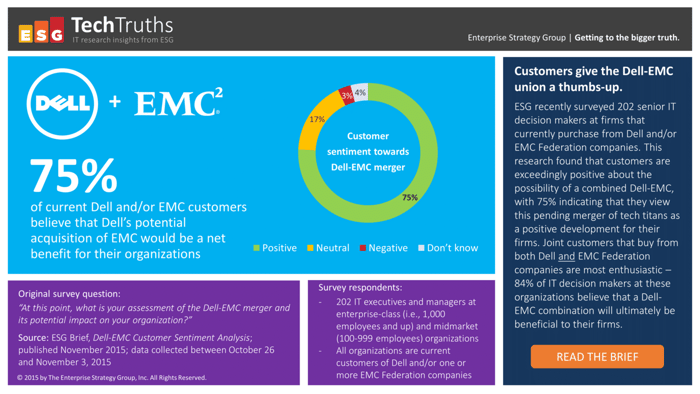