Dell EMC & VMware: The Value in Multiple Manifestations of SDS 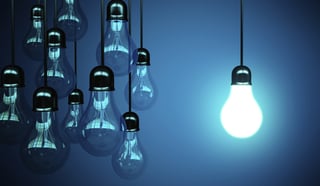 Recently my colleagues and I were embroiled in an intricate discussion with some of the Dell EMC/VMware team about the status, applicability, and positioning of the various SDS manifestations that behemoth now offers. And suddenly I had one of those “the penny dropped” moments…not of the “epiphany/eureka” type, but more of the “yeah, I knew that but all-too-often overlook it” type. And one more thing before I say what it was: it’s also somewhat ironic when you consider the tangled semantic machinations we have all gone through as an industry to actually define software-defined storage that we have – dropping penny time – overlooked the fact that it is an approach (or concept), and not a specific thing (or singular manifestation).

Like many such moments, its outcome is really rather obvious and simple….having storage functionality as software not only allows, but one might say demands, different implementations and deployments in order to address different needs – be they of situation, scale, workloads, attitudes, or indeed as any or all of these change over time. While that’s great for IT users (as, with SDS choices, they are more likely by definition to be able to tune a tool to what they need), it can be something of a challenge for IT vendors, since they now have to provide inter-product positioning and applicability advice. Although, frankly, it turns out this is not a challenge for many vendors or to much extent…...for the simple reason that very few vendors actually offer a choice when it comes to SDS!

Without choice – and knowing that all user situations vary somewhat – the odds of maximizing every particular end-user’s value are compromised; and let’s not forget that by “value” we mean both from an IT and a business perspective. Now, given the intricate discussion I mentioned at the start of this post, it perhaps comes as no surprise that the Dell EMC/VMware group offers a lot of choice. Having a range of options has seemed to be a core part of its constituent DNA over the years; while one could dismiss this as a function of its sheer scale, it is actually more to do with the fact that each part of the triumvirate has always preferred overlaps over gaps in its portfolio. On balance I have to concur.

Many vendors, assuming they offer SDS at all (and the number that do not is diminishing), offer just one flavor. This is not the place to go through all the Dell EMC/VMware offerings but suffice to say that the list includes a general choice between VMware-centric (vSAN) offerings and multi-hypervisor (ScaleIO) offerings….and then each can be deployed as either software-only or integrated with various hardware options (whether as rack, appliance, or [hyper]converged. While helping its customers choose the optimum approach – although many will be self-selecting – can add some effort for the vendor’s marketing and sales teams, the odds of hitting that optimization are clearly increased when there’s such choice. Whether from an IT and/or a business perspective, different users are both motivated and constrained in myriad ways; to bastardize an old adage, if you do know where you’re heading then any road will not do!

It’s easy to put blinders on and focus too much on the wrong target; or assume it’s the only target. For instance, recent ESG Research into SDS found that the drivers of SDS vary significantly between planned/actual users of SDS in hyperconverged deployments compared to non-HCI environments. Some users are motivated by the ability to choose “commodity” hardware, whereas others simply want flexibility and ease of use. It’s all a matter of determining what drives the most user value.

Now of course, all vendors will espouse that they want to determine those drivers and that value; but all-too-often, when it comes to SDS, we are brought back to another adage; the one that says if you only have a hammer then everything looks like a nail. Dell EMC/VMware is one good example where a vendor having a broader toolset – multiple manifestations of SDS - may spark the need for some intricate discussions (be they with me and my colleagues, its sales teams, and ultimately with customers) but those are likely a route to better achieved value.