Dell Technologies World: The Plan Comes Together & The Cloud is Just the Beginning 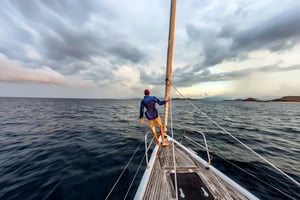 What a week. Now that I have had a day to recover, let’s discuss Dell Technologies World. What happened, what was interesting, and what does this mean for the future?

Now, let’s start by discussing the new product announcements, which were both numerous and impressive. For example:

But the star of the show was the Dell Technologies Cloud. Dell is combining Dell EMC infrastructure with VMWare Cloud foundation to deliver a hybrid cloud solution that can be deployed as an integrated system in a rack with the option to be consumed as a managed service if desired, while leveraging VMWare Cloud Foundation to extend seamlessly into public cloud on AWS and Azure (announced this week). The net result is a simple to use, simple to deploy hybrid cloud infrastructure that extends the management paradigm of data center easing IT’s journey to the hybrid cloud.

But, there is more to this solution than just the immediate benefits. Before the show, I posted that the biggest question that Dell had to answer is who is Dell Technologies? Since the acquisition, Dell Technologies has seemed like a holding company or maybe a conglomerate. Multiple divisions that may collaborate in the field, but limited integration in the engineering offices. This year that changes.

By branding its cloud solution the “Dell Technologies Cloud” and not Dell EMC, Dell is making a statement that this is a combined solution, and the family is working together. In a similar fashion, Dell announced the Dell Technologies Unified Workspace that integrates technology from VMware, SecureWorks, and Dell.

Therefore, I consider this year’s Dell Technology World the most important one in years. This year we got to see where Dell want to take its family of products, a future of collaboration, more combined innovation, and more value for its customers.

I did, however, hear some naysayers at the conference solely focused on technical integration work, while ignoring the benefits of the management, logistics, and services integration. I like to think of Dell Technologies as a fleet of ships. In previous years, they each had their own objectives and trajectories and were pointed in different directions. This year they are all aligned and driving full speed ahead with a single purpose. The naysayers are focused solely on the distance traveled while ignoring the work put in to point them in the same direction. Now that the fleet is running together, the real fun begins. I expect big things for Dell in the coming years. Let’s see what happens.