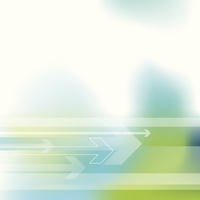 Assuming that the answer is always—or soon will be—“Dell” is generically how things felt in Austin last week. And I’m not knocking it. Assuming also that the $67 billion deal to buy EMC (oh, and by the way, the controlling stake in VMware that comes with it) goes through, then there will be precious few things in IT to which the new DELL (I’m using capitals because (a) it will be huge and (b) to show the difference between the pre-deal Dell and the post deal DELL!) cannot say, “Yes, we do that.”

Of course, ironically, with my Carnac envelopes discarded (youngsters reading this will need to Google that reference!), the one thing that was lacking at Dell World was many answers—or at least answers to the torrent of questions and speculative guesses about what things will look like when the deal is done.

What can we say for now? Well, first of all, being bigger (even in an aspirational fashion at this stage) made the main-stage conversations bigger. The old Dell would’ve had lots of product specifications spouted in even the “main tent” sessions; the new DELL talked of being “Future Ready” and discussed the potential promise of IT rather than prosaic product details. Of course there’s a danger when you get too broad that none of the specifics get mentioned enough—but since we’re still waiting for the answer to the big DELL “will the deal get done” question, there was just enough time left in the breakouts for some specific Dell answers to be divulged. My colleagues and I tried to steer a course between the overly general and the overtly specific in the video we captured onsite.

As my concluding comments in the video mentioned, one thing Dell is intending to buy in creating DELL is an IT behemoth with much higher levels of enterprise credibility than Dell. Frankly, unless you have gone digging recently, you (and indeed many Dell customers, partners, and employees) would be amazed at some of the capabilities Dell already actually has—but for which it never gets much credit…of either the kudos or financial kinds. With no disrespect for that which Dell has achieved to date, a successful acquisition of EMC allows it to essentially get a second chance to make a first impression…and it needs to be very careful not to squander that. A successful marriage of the two “partners” here is what matters—which may explain why I heard so many Dell folks referring to the acquisition (what it is) as a merger (what it needs to [be seen to] be).

So, again, the answer that was most in evidence at Dell World to the most asked questions was “I can’t answer that…” but we’ll all know soon enough. There are—no surprise here—massively strong and diverging opinions on the eventual outcome for DELL. Is it a cross between a juggernaut and behemoth? Or simply a bad cultural fit doomed to struggle? What will it do about integrating or creating a cloud? Of course, as it will be a private company, we won’t know more than DELL (just like Dell) cares to tell us about the financials…that will only add to the burden of uncertainty that committed users of either Dell and/or EMC will experience; and this means that the number one job for DELL will be to make its market offerings and approaches crystal clear (and by the way, clarity means clarity, not necessarily choosing one product over another…at least not immediately).

Most of us—and the market—can deal with a whole range of answers…we just don’t like a whole range of open questions. Dell’s conference theme was “Future Ready”—and the first order of such future readiness must be to ensure it is ready for its own DELL future.

Mark: So this week, we're in Austin. As you can see, I am on top of the Dell World. Why am I standing up here? Because it kind of is...Michael Dell is on top of the world too right now with the pending acquisition of EMC, which of course is what anyone wants to talk about. Ironically of course, you can't really say much about it. Two years ago when we were here, it was interesting because Michael was enjoying not having anything specific to say once he'd gone private. And now he's constrained with nothing to say because he's buying public. That said, it's not as if there wasn't anything to be found out at Dell World this week.

Scott: With essentially this being the quiet period and EMC being able to solicit other offers, right now a lot of the Dell executives are sticking to the script, which makes a ton of sense. Well, for someone covering storage, it makes things a little challenging because the storage business of Dell, while it has a number of great technology products and great innovation, represents the largest amount of overlap with what EMC's portfolio is. They just released the SC9000, a Compellent product and they continue to develop along their roadmap. If you look at the technology behind Compellent and the other products in Dell's portfolio, you see a lot of innovation, a lot of value, and it'd be great to see that continue in the future.

Mark: The most popular question, of course, is about the EMC acquisition. It really makes good conversation from an analyst perspective, but at the end of the day, nobody really knows and it still has to play out. But I did find out one thing for sure. Customers are very excited to really get the value of having single support and a single sales process.

Specifically from a mobility perspective, Dell seems to think they really have things covered from an end-to-end perspective from PCs to management to even the infrastructure pieces. I think Dell has a way to go here. They're really considered a value leader there, and really to get more strategic with the likes of other companies that are going to compete with them there such as an IBM, Microsoft, they've really got to think about ways that they can become more strategic with their customers going forward.

Nik: So one thing that I think is really been interesting here is from a big data and analytics point of view, how Dell is maturing in the space. They have the offerings of course from a hardware and appliances level. Reference architecture is built to host big data and analytics, do in memory databases, Hadoop, etc. Then you bring up the stack and you look at their actual analytics capabilities and Statistica version 13 has brought a lot of new capabilities. It does prettier front end with visualization, nice pretty pictures to look at, a better GUI. It also has auto-modeling and being able to help the data scientist come up with the what's optimal model? What's going to use the right blend of resource, to accuracy, to time, and figuring out what's best for the environment.

The other side that I think is really interesting from big data and analytics is bringing in the IOT angle, Internet Of Things. And here Dell has a new gateway, totally different from previous gateways. It's really focused on the IO of bringing in the data from those sensors, doing edge-based analytics, being able to scale out. You could even run statica on there if you want local response, but it's an interesting new approach. They view that as a very strategic location in the network to be collecting the data, responding locally, sending up back to the data center the rest.

I know there's a lot of interest in how Dell and EMC will affect the big data market. There are no answers here yet, but to me, I think Cloudera is going to be the biggest winner. Cloudera is strong partners with both companies and will be in a position to continue to grow. Obviously, EMC has Pivotal as an asset, but looking at where the customer market is going, looking at the bundled solutions, you have the federation business data lake, you have data analytics platforms, and appliances coming from Dell, Cloudera looks to be in good position.

Jason: Now, I've already done a blog and a video on the ramifications of a Dell plus EMC data protection portfolio in 2016, but other than executive comments, that's not what you'd hear about at the show this week. Here they're really talking about Dell's data protection story continues to move forward at its own pace. It's still looking at how to improve dedupe and how to provide unified data protection, how to leverage AppAssure along the way. And by the way, how do you put that into a broader Dell server, storage, and management ecosystem? It's been a good week for Dell data protection. I expect good things from them in 2016 regardless of how EMC happens.

Mark: So we started this video with me up high. I'm now coming back down trying to bring something tangible, down to earth, that we can take away from this conference. Obviously, I wonder whether the blue behind me is EMC blue or Dell blue. Doesn't matter, this is such a big coming together that really even though my colleagues covered some specifics, that's not really the point. The specifics are missing the big picture if you like. The big picture here is that Dell is buying enterprise credibility. Now, you can either spend a couple of decades doing that, or you can spend $67 billion and do it really quickly.