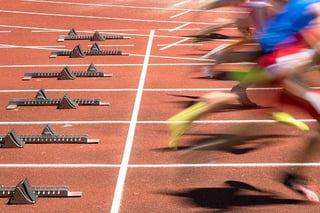 It’s less than two months since the deal went final and it’s obvious that Dell and EMC weren’t waiting for the official starting gun to actually….well, y’know, hold hands and all that. But now they are officially off and running and…..well, y’know, procreating and planning their lives together as a unit.

There were a lot of smiling corporate faces in the Austin Convention Center last week – dare I say relaxed even, although I suspect that was more about relief than a sign of less stress or lower work levels (knowing both entities I also suspect that many employees of both organizations will find that statement rather droll!). It’s way too early to tell whether the completed “big stuff” (a high end vision and immediate compelling progeny) and the completed “small stuff” (business cards, emails and conference bridges in brand on Day 1) is testimony to a wondrous level of completed “middle-sized-stuff” transformation or actually is camouflage for a lot of “middle-sized-[most important]-stuff” left to do. Either way the curb-appeal of this new IT vendor mansion is hard-to-deny.

As is deserving of the scale of the “marriage”, we are covering the event – and the company – from multiple angles. For instance, my colleague Scott Sinclair has already posted a good blog here about the emotions and expectations in Austin itself. You’ll see multiple other blogs and items. And the ESG On Location video included here has summary insights on the event, the new entity and the opportunity from five of us….so no apologies that it’s a tad longer than our usual reports, at 7 minutes; but we think you’ll find it 7 minutes well-spent.

While the time-consuming back-slapping of the “appetizer” elements (in other words the successful completion of the deal as planned) in last week’s program became a tad repetitive, by the time the “main course” (that is the actual integration, and emerging products) had been served, there was real meat to consume: and – while this may sound like an odd commentary for such a large and acquisitive vendor – I liked that the aspirations were unlimited within limited parameters: in other words the vision/aspiration to become the “essential infrastructure company” is credible and translates to an enormous TAM, but crucially it also stops short of any more challenging claims – which could have been beguiling - to be a one-stop-IT-shop.

One notable non-traditional product or services area that got a couple of “watch-this-space” mentions, and where being private helps Dell Technologies a lot, is that of the rapidly emerging expansion of different consumption models; one can lump these as various granular on- premises payment approaches and I sense we are going to hear more and more about these as the IT market continues to embrace itself as a business utility.

In the meantime of course – and now I’m repeating myself from the video! -  it’s all about execution. And that’s more than just completing the “mid-sized-stuff” of the internal transformation. One of the videos at the event portrayed the new company (this was a VXRail focus again) as a bakery; why make your own hyper-converged cake when DellEMC can do it for you? Part of the requisite transformation for this new mega-vendor is that it is successful in helping all of us change our view of it as it changes to address opportunities for all sorts of “bakery products” – somewhere between the high-end patisserie that was EMC (at least often perceived as such) and the plain white sandwich bread that was Dell (again, fairly or not, this was often the perception)! The one thing I am sure about after last week’s event is that DellEMC is not only off and running, but is off and baking!