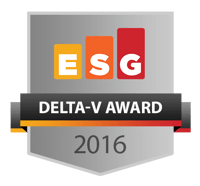 It's that time again. Time to reflect on the year that was. And what a year it was for big data and analytics, with many massive advances in the technologies that power our understanding of the world around us. I don't know about you, but I certainly need a better understanding of the world. Thankfully, the industry continues to deliver innovations and gives me plenty of choices for recognizing those companies whose efforts are changing the velocity of insights. An introduction to the Delta-V awards and past winners can be found here.

A few arbitrary changes: This year we're going to drop the categories and instead focus on the impacts. As such, the winners will be ranked along with a few comments of justification for their position. Note that there are many new entrants making the list for the first time, a number of repeats from last year for those that jumped forward again, and some companies that continued their momentum but didn't appreciably accelerate and as such aren't listed here. The awards are all about change in velocity after all!

20. Microsoft - Clearly Microsoft is a leader in the cloud with Azure, in databases with SQL Server 2016, and in BI with Excel and PowerBI, but the reason I've included them here is actually all about R Server. Machine learning is becoming the future of big data and Microsoft's efforts to improve R are quite commendable. Fears of it going proprietary were unfounded, if anything Microsoft has empowered a wider community and made it easier, more robust, and more flexible to use R.

19. Nvidia - Speaking of machine learning, GPUs are now really coming into their own and no one has done more to promote the capabilities here than Nvidia and its technology alliance partners. Potentially the default processing platform for deep learning and neural networks will be GPU. The AI revolution could be Nvidia powered.

18. Kinetica - Speaking of GPUs, a big data database built from the ground up to utilize GPUs sure would be nice, and Kinetica has delivered just that. Speed and scale are the name of the game, but often database benchmark promises look good on paper then are nowhere to be seen in the real world. Here's a database that delivers real time for real.

17. MemSQL - Speaking of databases, MemSQL just keeps getting better. The company has been moving from strength to strength and the latest introduction of a MemSQL cloud service just makes so much sense. The in-memory, full-on SQL, distributed database has always been popular in cloud, and is now available as a managed service.

16. Snowflake - Speaking of cloud, Snowflake just keeps getting better as a cloud-native data warehouse. There are many entrants and incumbents in this category, but few others seem to be quite so fit for purpose. For a low cost, high performance, self-service data warehouse on demand, this company is becoming a "go-to."

That's the first five of our Delta-V awards. Let me know what you think and be sure to tune in to the next blogs for the rest and to see who else makes the big list!