Developer Impact of the Broadcom Merger with VMware 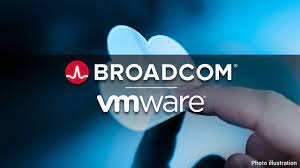 When I think specifically about the developer viewpoint, VMware Tanzu comes to mind. In the throes of this merger between Broadcom and VMware, I find it a bit concerning that the financial momentum surrounding Tanzu has tapered off over the past year, given that it was once one of the highest-performing offerings in the VMware portfolio. According to the latest Enterprise Technology Research survey, Tanzu's share of VMware's business went from 49% in April 2021 to 32% in January 2022. By April 2022, that number fell to just 20%.

Now that VMware sits under the Broadcom banner, how will the future of cloud-native developers change? There has been markedly slow growth in the VMware developer community, which will be taken into consideration during the course of this acquisition. However, the declining interest in Tanzu over the past year suggests that VMware's cloud-native developer community will take another big hit under the new regime.

In my recent article, titled "How Broadcom's merger with VMware will affect developers," I unpack the potential challenges developers will have with this merger if Broadcom does not invest up-stack.

Finally, there is a potential opportunity for Broadcom to expand and grow the VMware developer community to one that represents the entire software stack. The tools to make that happen are there in VMware's portfolio; it depends on Broadcom to see the potential.

VMware is clearly more than a mundane cash cow in Broadcom's eyes, but it remains to be seen where Broadcom plans to take VMware's future. Whether that means expanding into emerging markets or staying true to the core business, Broadcom has its work cut out for it to stay competitive on the heels of this merger.