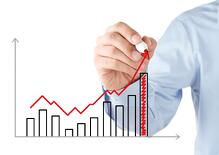 There is a lot of excitement in the halls of HP, as well there should be. According to shipment numbers published by IDC last week, HP showed Q3 '15 storage revenue growth of 16% (Q3 '14/Q3 '15) while the other major vendors lost ground. HP gained 2 points of overall market share while market leader EMC lost 2 points. At the end of Q3 2014, HP was 6 points behind EMC in market share, now its only 2.1 points behind. So what does all this mean?

It's important to look behind the headlines.

HP grew 16% in total storage revenue (which includes internal and DAS, an HP specialty and an area in which EMC, NetApp, etc don’t play). But ODM/direct market share (think of this as the unbranded white box business) grew even faster than HP, with 23.4% growth. Although this is an amalgam of assorted vendors, if you think of them collectively, this category would be number 3 in share, gaining 2.3% in Q3.

The "others" category also showed growth, showing 15.2% growth Y/Y. This is a very interesting category in that it is actually the largest in share with 28.2%, a whopping 10 points more than EMC. These "others" would include storage that sold with hyperscale systems like Simplivity and Scale Computing, software-defined shipments like Scality and Swiftstack, smaller storage vendors such as DDN, Tintri, Tegile, etc. as well as specialty vendors like Facilis and Rorke.

The external market, where HP's 3Par-based products compete directly with EMC, NetApp, HDS and others, isn't as dramatic a split but is still significant. HP is up 5.3% (up to $598 million), the only major player with growth. The “others” category again showed growth (8.4%, up to $1,844.4 million, the largest chunk of the market). EMC dropped 8%, NetApp almost 13%, and HDS over 11%. Despite being the only major vendor to show growth, HP gained only 1% of market share, while “others” took 3.5%.

Given the laws of large numbers (others is 3x HP), the story here is certainly good news for HP and signals a resurgence of its storage business, but the bigger (biggest?) story may just be that the trends that IDC is showing signal the ongoing (and approaching dramatic) erosion of traditional storage in general, and a shift to integrated compute, sotware defined, ODM/cloud/alternative vendors and architectures…