Do You Wonder About or Fear Software-defined Storage? (Video) 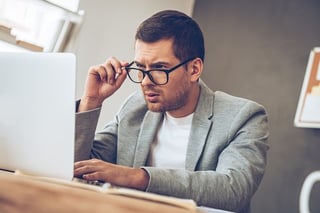 Concern, confusion, and simple lack of understanding can all cause our nervousness to increase, and moreover cause people to do--or indeed not do--things that may not be best for them. Moreover there is a thing that I like to call the Assumption Gap, which only serves to make matters worse: it's that point at which new things go from "new and OK to enthusiastically discuss and investigate," to suddenly [apparently] being "understood - at least by everyone else! - and thus to studiously avoid investigating and discussing lest one displays supposed ignorance." This assumption gap can make erroneous or incomplete "knowledge" and rumors become received wisdom.

My colleague Scott Sinclair and I think we might be at about that point with software-defined storage (SDS). It's been a term for long enough now that I think many people not only think they should understand it, when they really do not and so instead they become more or less fearful of it. Scott is going to be putting out a number of more detailed explanatory blogs and briefs about the various aspects and types of SDS over the coming months....but in the meantime, we pulled together this short video about the "Understandable, but Unnecessary, Fear of Software-defined Storage." Depending where you stand relative to the Assumption Gap you may find it revelatory or merely cathartic.....but don't worry, we're not taking names!