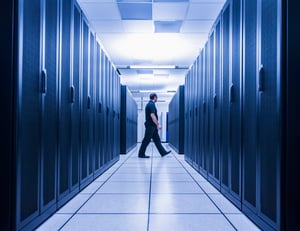 I recently had the opportunity to connect with Avon Puri, Rubrik’s CIO and Sveta Shandilya, Rubrik’s Head of IT Planning and Operations. The company has also recently made a significant IT hire in Rinki Sethi, who joined as CISO.

I was curious to know how a fast growing “digital-native” organization (i.e., 10 years or less of existence – Rubrik was founded in 2014) leverages its own technology and for what purposes. You know, the old “dog food” concept.

How do you go in five years from a few to over 1500 employees, keep introducing data protection solutions to the market, and make the whole thing work?

Let me first say that I really enjoyed the transparent conversation with Avon, and the details he provided—No, you won’t get any NDA stuff here! 😊

IT focuses on supporting Rubrik’s business, which I will describe at a high level as multiple managed data centers, SaaS applications, thousands of VMs, and lots of data! Avon’s IT organization supports all business processes, including supporting and provisioning of the core infrastructure, managing security across the company (again, Avon just hired Rinki Sethi as CISO), and driving operational efficiencies across the board. This also means placing employee productivity and experience at the forefront. One interesting and final point is about data: not only does IT protect 100% critical workload data, it also looks at making the data “intelligent” and shareable to make it more usable for the business at large.

The program is simply yet astutely named “Rubrik on Rubrik” and supports six major use cases including backup and retrieval, BC/DR, archiving, data governance, automation and self-service, and of course ransomware protection. Avon’s team has a front row seat when it comes to testing new capabilities and providing feedback to their development team.

It’s not easy for any IT organization to support such fast-paced growth and be a key player in improving their own technology product at the same time. Clearly Avon has had some challenges that he addressed head-on. The clock never stops, and he keeps building the Rubrik IT machine with additional exec talent on the team and a modern view of IT. And he knows a thing or two about his company’s product. I encourage prospects and customers to spend time with Avon if they get a chance…because he’s a busy guy!