EMC Embracing Freemium and Open Source with ScaleIo and ViPR 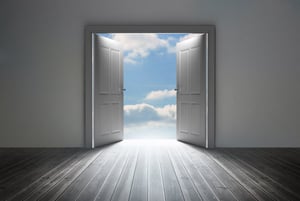 EMC is dipping their toes into the software “freemium” and open source waters. Today at EMC World 2015, Jeremy Burton, President of EMC Products and Marketing, and CJ Desai, President of EMC’s Emerging Technologies Division, jointly announced that ScaleIO will be made freely available to developers for test and development environments and ViPR will go fully open source.

Burton opened his remarks stating that software developers have more power than they've had at any other time in the past. But developers are typically not the buyers of EMC technology. EMC is attempting to close this “mindshare” gap by making their software-defined (SD) hyper-converged solution, ScaleIO, available as a free download for test and dev environments. Desai stated that developers can start downloading the ScaleIO software at the end of May and there will be no time limit and no capacity limit, and all the features available in the commercial product will be available in the free version.

EMC’s intent here is to help developers feel more comfortable with developing next-generation or third platform cloud computing applications on their hyper-converged infrastructure technology. ScaleIO can start out small with 3 compute/storage nodes and grow out to over 1,000 nodes that can drive up to 240 million IOPS of performance. Developers can deploy the ScaleIO software on commodity infrastructure on-premises or in the cloud and then port their applications back into a production ScaleIO instance like VCE’s VXRACK platform. This can help lower the cost of development test beds while helping to increase developer confidence in the performance and resiliency attributes of the underlying hyper-converged platform that will host their applications.

And on the ViPR front, EMC’s announcement to go all-in from an open source perspective helps address much of the skepticism that ViPR was just a software-defined end-around to lock customers in to their storage management framework. Both announcements are a tacit acknowledgement by EMC that traditional IT consumption models, whereby IT plays a controlling role, are increasingly falling by the wayside. By providing an alternative way to consume their software products (they also announced a free virtual edition of their VNX storage platform), EMC is signaling its intent to adapt to these new realities and add value across the entire IT consumer ecosystem.