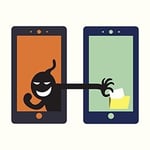 
I was very curious about threat intelligence myself so I’ve spent the last 6 months or so doing research to answer these very questions. This effort culminated with the publication of a new ESG Research Report titled, Threat Intelligence and its Role within Enterprise Cybersecurity Practices.

There are several implications associated with threat intelligence program immaturity that came to light in this research project:

Threat intelligence nirvana is some type of peer-to-peer threat sharing collective where organizations connect on an as-needed basis, share threat intelligence about IoCs, TTPs, and threat actors and exchange information about cyber-investigations, lessons learned, and effective remediation strategies.  I too and bullish on this vision but the ESG research clearly reveals that we have a long way to go.