ESG can be your eyes and ears at Google:NEXT 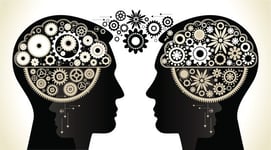 If you had hoped to attend the GCP NEXT conference but won't be able to make the trip to San Francisco, never fear: ESG will be there in force. We've got several analysts planning to be in attendance covering a broad variety of cloud-related topics.

In addition to the keynotes, some of the more notable press and analyst presentations include a deep-dive on Google’s machine learning technology and a customer panel discussion on Google Data and Analytics. This latter session should be particularly interesting as it will include Google’s newly minted client Spotify. How does Spotify plan to leverage Google’s IP to further differentiate their popular music streaming service while enabling their advertising clientele to dramatically increase the effectiveness of their sales and marketing efforts? And as importantly, how can other organizations learn from Spotify’s example to enrich their service offerings and drive additional business revenue?

We’ll also be getting some insight into how traditional enterprise data centers and companies "born in the cloud" alike are utilizing GCP to lower costs, increase business agility and edge out the competition.

Last but not least, we will have an opportunity to participate in an open Q&A with industry luminaries, Diane Greene, Urs Hölzle & Brian Stevens.

So be sure to check in next week during the show for all the latest coverage of this two-day event. Here's a preview of what the team and I expect to see:

Female: The following is an ESG video blog.

Colm: ESG will be in force at the Google Next conference in San Francisco with seven different animals planning to attend the event. So, I asked each member from our team what they were looking to learn at the show. Dan Conde, who covers the networking segment, said he's interested in learning how Google develops its networks at scale, with reliability and security built in and how it uses its own data center operations and DevOps tools to make this happen. He also wants to learn how enterprises can migrate their networks to GCP.

Next up was Steve Hendrick. Now Steve covers application development and deployment and his interest is in seeing how Google will help drive Swift on Android now that that technology has been open sourced. Secondly, while Google is a pioneer in the container space, he thinks there's so much more to DevOps that needs to be addressed. For example, will Google move beyond the if we build it they will come philosophy and leverage all of the creative thinking they have invested in developing their cloud platform and application engine technologies? Then I spoke with Nik Rouda.

Now, Nik covers a lot of cool stuff around big data and what he wants to know is how will Google translate their success with big data, analytics and particularly machine learning to get more market adoption and win more cloud customers. Are Dataflow, which is their batch and stream data processing technologies and TensorFlow, which is their machine learning technology be sufficient? And how and when does this make them more attractive than AWS or Azure or IBM Cloud Data Services? Then I spoke with our data protection guru, Jason Buffington. Jason really wants to see what is Google Cloud going to be offering with Nearline storage. In his words, "So many folks are looking for an AWS alternative for tertiary storage as part of a data protection solution and there are aspects of Nearline's initial release that look really promising, so I'd love to hear more about what is coming next."

Then, I spoke with Mark Bowker. Now Mark heads up our enterprise mobility analyst group. Mark would like to get more information about Google's success inside enterprises with Chromebook, particularly for those organizations where employees are consuming the majority of their applications from the cloud. He also wants to learn what kind of impact Google apps and devices are having on business mobility strategies.

I also spoke with Terri McClure, and Terri covers cloud file and data management. Terri really wants to gain more insight into how Google enables businesses to securely scale using the Google cloud platform. This is really relevant given the fact that so many enterprises are trying to follow the lead of companies like Google and build out commodity based software defined environments. Now, in my recent hybrid cloud research survey, Google was viewed very favorably by IT decision makers as a cloud partner that can help enable the use of container based workloads across hybrid cloud environments. Considering Google's open sourcing of their Kubernetes container cluster manager and their leadership role in the Open Container Initiative consortium and the fact that they deploy over two billion containers per week across the Google cloud platform, it's really not surprising that they're held in this high regard.

So what I'd like to learn at Google Next is how does Google plan to shift from a consumer oriented business model to one that not only embraces consumers, but enterprise data centers and where can they be effective competing with AWS? Will there be a heavier emphasis on leveraging their unique search and analytic intelligence to help businesses extract more value from their business data, just like they did in their recent Spotify win? And how do they plan to partner with other technology vendors and systems integrators to penetrate the traditional data center space? We'll be covering all the action at Google Next, so be sure to check in early and often on our site for all the latest during the show.