Expectations for Dell EMC World 2017: Is it One Company or Two? 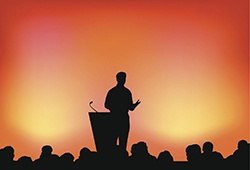 Dell EMC World 2017, or DEW -- which I honestly hope does not catch on as the acronym/nickname -- is just around the corner. To prepare, I wanted to pull together a short summary of my expectations for the event.

With this event taking place only a few months after the 2016 event in Austin, it is difficult to have high expectations in terms of new technology or a new product introduction. But honestly, I have reached the point with Dell EMC that I expect new technologies to be there when the market needs them. If there isn’t a ton to announce this year due to the short time between this event and the last Dell EMC World, I expect there will be a larger announcement next year. That being said, Dell EMC could certainly surprise me. The combined firm has a wealth of smart engineering talent, so if any company could produce a few new offerings that quickly, it would be Dell EMC.

What I really want to see from Dell EMC World 2017 will be more subtle and likely difficult to spot. I am more interested in the trajectory of the Dell and EMC business integration on the enterprise side. It is going to be difficult to see, though; Dell EMC executives are smart folks. They will say all the right things. They will get a question on how the integration is going and they will smile and say, “wonderfully,” or “it’s done,” or something similar. To better understand how the work is really proceeding, I plan to focus closely on three things:

I wrote about this when the acquisition/merger was first announced. As separate companies, Dell and EMC had radically different cultures for very good reasons. Building a successful server and workstation business takes different skill sets than building a successful enterprise storage business. One goal of the acquisition was to combine those talents and build something greater than the sum of the parts, to deliver something more than either company could do on its own. Even after all this time, it is probably naïve to expect that both companies would be seamlessly integrated at this point. (I mean, their websites are still separate. There is a server button on EMC.com, though. So that’s something…) I am not expecting seamless, but I do care about the trajectory. And I am guessing that Dell EMC customers care as well.