Expectations for Dell Technologies World: The Family Comes Together 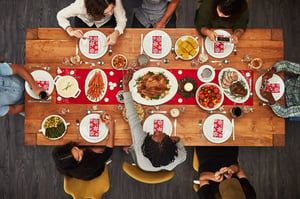 With Dell Technologies World next week, I have a few thoughts that I wanted to get out there before I become overwhelmed by the excitement these massive tech shows tend to foster.

And, let’s start with the most obvious and possibly fascinating part, the title, Dell Technologies World. Not Dell World, not Dell EMC World, this is a show bringing together the entire family, including Pivotal, RSA, SecureWorks, Virtustream, and VMware as well. And that is a very good thing.

If you are a believer in digital transformation, which I am, you believe that transformation extends across the entire IT organization and into the larger business. And that delivering transformation needs to encompass innovations that span personnel, apps, compute, network, storage, cloud, etc. Bringing the full family together creates opportunities for serious high-level strategy discussions.

Let me state, though, that I still expect to see a bunch of individual product announcements--these are par for the course. If you have a show, there will be product announcements. And knowing Dell EMC, they will be compelling. I have come to expect this over the years for an IT leader with the innovation history of Dell and EMC. But there is a potential with this show for Dell Technologies to make a much larger statement. Ultimately, is Dell Technologies simply the sum of its parts or is there something more?

And this is the most important aspect of the event, in my opinion: how is the family coming together?

Is the dominant theme of Dell Technologies World multiple companies working toward a single goal, or will it just be seven disparate companies (I am counting Dell and Dell EMC separately) that just share a stage?

Also speaking of the family….

Another question involves the rumor mill surrounding what to do with VMware. Early speculation suggested Dell was going to sell off its stake in VMware. That speculation quickly shifted in the opposite direction, with rumors that Dell would be buying VMware or VMware buying Dell. And last week, a Bloomberg report stated that now Dell Technologies is leaning against acquiring the rest of VMware. So, what does all this back and forth mean? Beyond impacting the investment community, maybe very little in the long run. In the short term, however, these distractions are likely not a good thing. Although, we are not privy to what is really going on behind closed doors. For Dell Technologies World, however, I am curious whether Dell plans to address the rumors or let them continue to swirl.

These are just my early thoughts… See you in Vegas!