Extreme Sets Its Sights on 2019 and Its Customers 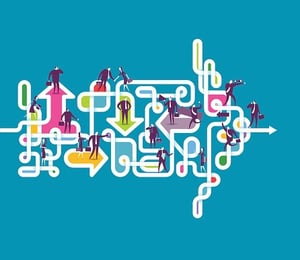 Extreme networks just announced its Q4 2018 earnings and it showed that the company missed the revenue estimate and lowered guidance for Q1 2019. The market reacted quickly by knocking the stock down.

It should be noted that Extreme has dramatically increased its revenue from last year based on inorganic growth. Extreme went on a buying spree, picking up Zebra wireless, Avaya fabric networks, and Brocade Data Center IP networking assets. By all accounts, Extreme picked up these companies at bargain basement prices. But that is not why Extreme bought them—these acquisitions have all been strategic for Extreme’s long-term success (read: much longer than 13 weeks). As a result of the acquisitions, the “new” Extreme has a solid end-to-end networking portfolio and is better positioned to make a run at Juniper and Cisco.

The unfortunate part of picking up bargain basement priced companies is that there is a reason why they are valued so low. For these business units, it was that they were the least appreciated branches of the companies they were a part of. (For example, Avaya UC and Contact Center, Brocade – Storage Networking.) The Q4 results indicate that two of the three acquisitions appear to be fully integrated and performing as expected, with the company having a solid 12 months or more with each of these acquired companies.

The last acquisition, Brocade, only eight months along, is apparently still proving to be difficult to accurately predict revenues for. Should this be a surprise? After the announcement by Broadcom, the Brocade IP DC business unit languished in purgatory for about a year and was one of 11 companies that was split up and sold of—all of which creates a lot of uncertainty and doubt in the market. In addition, data center deals tend to be larger and more complex and have longer sales cycles. The latter is especially true when you are trying to ensure profitable deals!

Becoming part of Extreme was seen as a positive result for both the Brocade employees and customers, as it ensured the products would not only continue to be supported but would also continue to be developed and integrated into an end-to-end solution. This was the vision the company set forth with the “new” Extreme roadshow at the end of last year and continues to execute against.

Transforming a company is hard work and it takes time. Doing it while remaining a public company is even harder. This is why companies like Dell went private—to make the bold moves it needed to do in order to set the company up for long-term success, without having to make decisions based on a 13-week horizon. Extreme doesn’t have that luxury, so instead it is resetting expectations for 2019 and remains focused on its long-term vision to providing end-to-end network solutions for its customers.

Extreme has successfully integrated the prior two companies and it is taking deliberate action to ensure the success of its third. The company will focus its efforts on selling the entire portfolio into the current installed based as well as ensuring its channel partners can do the same. It has asked Bob Gault to head up these efforts. Customers should take comfort in the fact that Extreme is not over reacting to the “extreme” response from Wall Street, but rather will continue to focus on them and execute against its end-to-end vision. If Extreme can do that, the customers will see the benefit and the stock will adjust accordingly.