Google to Acquire Elastifile, Adding an Essential Piece for GCP 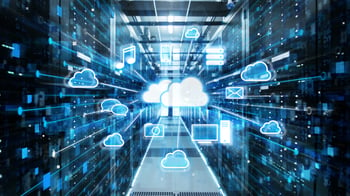 Today, Google Cloud announced that it has entered into a definitive agreement to acquire Elastifile. For those of you who are not familiar the emerging storage firm or why Google might want to acquire the company, let me help break it down.

Elastifile is a software-based (or software-defined, if you prefer) file storage technology. The firm’s specialty is delivering an incredibly efficient and scalable, both in capacity and performance, file storage architecture that can span both on- and off-premises infrastructure (i.e., hybrid/multi-cloud). In addition, Elastifile has some pretty interesting, and efficient, bidirectional file migration capabilities, which simplify file data movement to the cloud or back on premises.

So why does Google want Elastifile?

To answer this question, I submit two very basic reasons:

To support my first point, I need only to point to the buzz word bingo that defines the modern and emerging application environment: analytics, artificial intelligence (e.g., machine learning and deep learning), and the Internet of Things (IoT). Each of these requires high performance access to file data to thrive. If Google Cloud Platform (GCP) is going to provide a complete set of infrastructure services to enable the modern development community, it must have a powerful and scalable file storage offering.

For my second point, let first me concede that judging by everything I have heard/seen, Google has very smart people. That being said, throughout my career I have had three VPs of engineering tell me that they will build a file system from scratch, only to return six to nine months later and inform me they were wrong and that they simply can’t do it. There is no reason for Google to reinvent the wheel when a perfectly good option is sitting there for purchase.

Also, this announcement seems like it was an inevitability for Elastifile and Google, after announcing a partnership to deliver a fully-managed version of Elastifile on GCP earlier this year. Elastifile addressed a critical gap in GCP’s storage service portfolio, and that gap is not one that you would want to fill with partnerships over the long term.

Now for the big question: Will Elastifile be only available as a public cloud services offering? Or will Google leverage the technology to deliver a hybrid cloud solution as well? Google Anthos with Elastifile could combine (with maybe an additional piece or two) for a powerful on-premises complement to GCP. It will be fun to watch what Google can deliver with Elastifile technology moving forward.