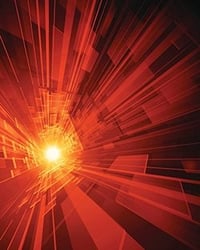 In the course of my average work day, I try to read all the cybersecurity news I can. I came across a very good article in Forbes that looks at the cybersecurity opportunities for companies like IBM, Cisco, Dell, and others.  The article points out that the market for cybersecurity products and services is estimated at $77b today, growing to $120b by 2020. That’s a lot of firewalls, AV software, and identity tokens!

Since I agree with some of the author’s points and disagree with others, I decided to post my own thoughts on my list of leading enterprise security vendors:

A few thoughts on other candidates to join the list. Check Point has great technology but the world still perceives it as a firewall company so it too needs a sales and marketing booster shot. FireEye understands today’s cybersecurity challenges and solutions as well as anyone but is currently engaged in a distracting dogfight with Wall Street. Palo Alto Networks is an execution machine and has all the right qualities to grow revenue beyond $1 billion but to do so, it needs a broader portfolio of products and services. Raytheon Cyber Products also has potential with Stonesoft, Websense and its quest to take its government cybersecurity chops to the private sector. Other federal integrators have strong cybersecurity resources but remain limited by their Washington-centric view of the world.

By 2020, one of these vendors could have cybersecurity revenue in excess of $5 billion, the market is there for the taking.