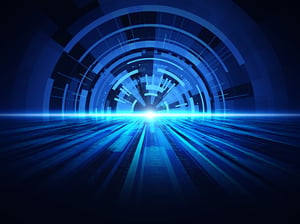 It’s hard to believe that almost exactly a year ago, on October 14, 2019, Commvault launched Metallic, which is now an award-winning solution. As a product guy, I know from experience how difficult but rewarding it is to get an award at VMworld for your solution. A one-year old solution with a best in show is very impressive. Well done Metallic team! More importantly: well executed!

The stakes are high in this vendor space with intense competition (including in the SaaS backup/DR segment) as end-users accelerate their digital transformation and rely on data even more than before. Not to mention the ransomware attacks intensification. The present and future of BC/DR are “cloudy” and, based on our research, we expect to see organizations continuing to adopt data protection as a service moving forward, and an evolution toward intelligent data management and data reuse. These are very favorable trends.

Let’s look at the execution side of the equation: the addition of Manoj Nair a few months ago as GM built on the original momentum culminating in the recent partnership announcement with Azure, based on a long-standing relationship between Commvault and Microsoft. This is where strategy meets execution, with a meaningful partnership based on years of “dancing” together. It’s something that I firmly believe will in time differentiate this offering from others where everyone dances with everyone.

Let me summarize some highlights of one quick year. Metallic launched October 14th 2019. Since then:

I may have missed some milestones, but you get the idea.

I wrote in other blogs how Commvault has been transforming at a rapid pace, with the acquisition of Hedvig being a move that positioned Commvault ahead of the race in the containers space, many features additions, and of course Metallic, which was designed to be a cloud solution from inception. Both the Hedvig and Metallic moves were what I call “pragmatically visionary.” They were big strategic and market differentiating decisions focused on an informed belief of future market directions (containers, SaaS), and (of course!) they could also be monetized reasonably quickly with the right level of execution and investment. Which takes us to today.

The Metallic offering is now at what seems like a very desirable inflection point and prime for accelerated growth. It’s making Commvault as a whole more competitive and will clearly get in the way of newer SaaS-focused vendors. One year is a long time in the SaaS space. Let’s take a look at where Metallic is one year from now. In the meantime: Happy Birthday!