Hitachi is Connecting Its Own Dots (Includes Video) 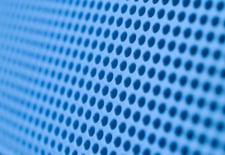 At the recent HDS Connect Event there were -literally- all sorts of connections to be made. HDS had pulled its sales and partner conferences together with the analyst event, a leadership meeting, and sundry others. The first connection was to parade the huge range of mothership Hitachi's capabilities, and thereby give some tangible credibility to the vision, and even gradual manifestation, of the overall Hitachi drive for "Social Innovation." It is all-at-once bold, compelling, grandiose, challenging, a tad vague at times, a tad very real at others, breathtaking, surprising, and admirable. It certainly made for a vastly different tone than a regular IT or (often in my case) storage vendor conference. Before adding a few more details, here's an ESG "On Location" video featuring summary comments from yours truly together with my colleagues Nik Rouda and Terri McClure.

One of the biggest connections was to see all the lights going on, both for the HDS attendees about what their uber-organization is/will/might be capable of doing, and also for all of us outsiders realizing how much even just HDS itself has achieved of late. As a Brit I certainly "get" the whole concept of understatement (!), but - let me tell you – even us Brits have a lot to learn in that department from the Hitachi and HDS folks. Somewhere in amongst a packed schedule, there were some of the biggest and most important product announcements HDS has ever made (lots of very real software-defined infrastructure, spanning convergence, hyper-convergence, flash, scale-out and virtualization technologies) but the focus was steadfastly on the big picture. Now, to be fair, the enthusiasm of Nakanishi-san (the Chairman and CEO of Hitachi) and Jack Domme (Chairman of Hitachi in the US as well as CEO of HDS) was infectious and if they are representative of a more assertive market(ing) approach - with Connect as something of a coming out party - they are to be applauded.

They certainly have a lot to shout about - the Social Innovation Showcase spanned everything from Mining Optimization and Finger Vein Security to Proton Beam Therapy and Automotive Telematics. The connecting tissue across most of these elements is data (big or otherwise!) and data management: That was certainly how the exhibit was arranged and indeed the talk-track that went along with it. Hitachi will need to convince the market in general, and skeptics in particular, that it can avoid being a Jack-of-all-trades.....yet maybe having mastery of handling the data is that connection to (as the company calls it) "what's next".

In my parochial world of (mainly) storage, HDS made significant improvements in its SVOS software and expanded both the VSP and UCP families, while introducing HSP (Hitachi Hyper Scale-Out Platform). But the one acronym I kept coming back to was actually DNA - like it or not, HDS is increasingly going to be an integrated part of Hitachi. That may alienate some of its current users if ever they see any scintilla of evidence of reduced focus on HDS’s rock-solid storage platforms (whether hardware or software), but at the same time it is likely to open up a big new  world of opportunity for "solutions" in the big-wide-world-beyond-data centers.

So this week marks the start of a very busy show season and many of us will be in Vegas for lot over the next few weeks. This is the Hitachi Connect event. Not just HDS but Hitachi too and that really is perhaps what's most significant about this event. It brought together partners, a sales conference, the analysts, and a lot of conversation about this being Hitachi and its social innovation initiative rather than just HDS and a lot of storage sales. So we're going to hear from my colleagues, Nik Rouda, Terri McClure, on their thoughts, takeaways, insights from the conference.

Nik: One of the most interesting things here has been that Hitachi now has a multilayered message and it starts at the top with social innovation. Trying to use technology to better the world, make it a healthier, safer, more efficient place to live. Below that, that's backed up by industry specific solutions. Things like telematics for smarter automobiles, setting up trains to pay per mile of usage rather than paying for the infrastructure entirely up front, or looking at smart cities. How do we do crowd management, how do we pick out dangers as they move using video analytics.

Of course, below this is the traditional HDS Solutions that you're familiar with. Things like the VSP Platform, the UCP Platform, now joined with a Hyper Scale-Out Platform for big data. But one thing that was really clear is that big data and analytics is underlying most of these technologies and solutions. Hitachi and HDS have really realigned themselves to make the most of the environment by better understanding all the information that's available.

Terri: There is something like 60 Hitachi companies here this week and Hitachi owns everything from the sensor to the compute platforms to the analytics platforms to the storage that it lives on. Hitachi has an end to end solution that very few companies can talk about and the way they've tied it up into the social innovation strategy that Nik talked about is really, truly impressive. I think it's going to introduce some challenges for Hitachi as they try to tie this high level social innovation message down into the product level but it really changes the competitive landscape for HDS, as to what they can offer to customers from a solution standpoint, all the way down to the traditional IT messaging. So I'm really excited about Hitachi's future and what they can offer the users, should they continue to bring all the Hitachi's companies together and leverage the power of Hitachi as one.

Nik: So I mentioned before that the technologies are powering big data and analytics through a wide range of use cases. A couple of new partnerships are really coming into play here. One was the recent acquisition of Pentaho, where they're able to use that ability to do data integration, data preparation, transformation, and take all these new data sources and combine them and get them ready to do the analytics operations that will give you your insights. In fact, that's tying into their new analytics platform called Live Insight and Hitachi Live Insight will have a number of different flavors. One of the interesting ones is IT Operations Analytics which comes through another partnership, this time with Sumo Logic but they really want to challenge the market. To say, "We can better understand your IT infrastructure, manage it, and get better results" by applying, again, big data and analytics to that environment.

Terri: From a product standpoint, I'm really excited about the cloud story Hitachi can tell. When you start looking at the HCP Platform and the cloud consumption sales model that they have, they offer flexibility that very few companies can regarding how and where data is stored, managed, and controlled. And that gives them a very powerful message in light of some of the geopolitical factors, some of the jurisdictional factors, and some of the legal issues that are facing cloud storage today, regarding what country has jurisdiction over data depending on where it's stored and managed from. So I think Hitachi has a very powerful story to tell and it will be their challenge to tell it regarding their cloud solutions platform but it's powerful. I think people should listen.

Mark: So both Terri and Nik talked about the breadth of this conference and how much is going on with Hitachi, beyond just HDS or any of the other component companies of which we were aware before. Funny enough, early on during some of the general sessions, I was asked what does Hitachi stand for. I love words so I came up with harnessing its technology and creativity for humanity's improvement. Now, I don't know that they're going to take this as a new tagline but it's genuinely what they seem to be focused on. You sense if from the employees, from the senior management, from whom we heard but of course, it's a massive big vision. And it's interesting what we get subsumed underneath, just looking at storage, which I cover. So a huge announcements from the traditional HDS side of the business, probably the biggest ones they've ever had and yet, that's just a part of the message here.

What's more interesting to me and everything you've heard from my colleagues is how much did you know about this, how much will we know about this? Hitachi is, obviously, a Japanese organization where it is, you prove things. You don't go and shout them. A lot of the world is Western where you shout about things and then prove them and there's obviously a middle path somewhere. So lots of great vision, there's lots of good manifestation of how that will happen but telling more of the world so that the company can grow and develop its success, is going to be an area that it needs to focus on if it is really to achieve what it wants.