Hybrid Cloud Through Common Applications with Microsoft and HPE 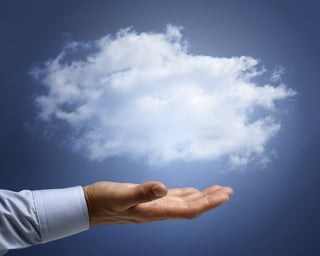 This week, I’m continuing with part 4 of a series of blogs I am writing about hybrid cloud and systems management. I’ve laid out three types of hybrid cloud:

In part 3, I talked about the idea of a common platform and how VMware and AWS are providing a great example of that type of hybrid cloud.

A great example of common application hybrid cloud is the upcoming Azure Stack from Microsoft. Azure Stack, which is in technical preview now, provides APIs for Azure services and management interfaces that are running locally in a private cloud. Azure Stack has the Azure Resource Manager, which provides the API interfaces for the Azure resources that applications or users need (such as compute, storage, and networking) and then connects those needs with the available local resources. While Azure Stack can go beyond simply application-based APIs (with management and standard VM/infrastructure APIs), Azure Stack allows for common application hybrid cloud solutions independent of core infrastructure or larger management software commonality. Another example is HPE Helion Eucalyptus, which provides common application APIs, but for Amazon Web Services (AWS), as opposed to Microsoft Azure in the case of Azure Stack. Eucalyptus has been on the market several years, being acquired by HP/HPE in 2014, and provides a subset of AWS-based services in a private cloud, including EC2, S3, and IAM.

Both solutions are consistent with common application hybrid cloud, as they focus on the application compatibility, both for development and deployment. It follows the "write once, deploy across clouds" concept, as opposed to common platform, which is more "create VM once, deploy across clouds." The key is that common application hybrid cloud drives the development of new, cloud-centric applications, using cloud services. Are there drawbacks to this approach? Yes, with the biggest being the relatively new state of the solutions. Azure Stack is still in technical preview and is being released much later than many had expected from them. Also, the current plan is to make Azure Stack available only with server hardware from specific server OEMs, which further limits how companies can obtain and use Azure Stack. As for HPE Helion Eucalyptus, it has fallen a bit off the radar amongst the changes at HPE in the past 12 months and there has been little news or promotion about it or its future. Still, this is definitely a type of hybrid cloud that companies should be following with great interest, especially if Amazon develops its own common application hybrid cloud solution.

In the final part of this blog series, we’ll cover the idea of common management hybrid cloud and numerous different companies that are in that space, from large to small, focused to comprehensive.

This is Part 4 of a blog series about hybrid cloud. Check out the other parts in the series:

Part 2: Answering the Question: What Exactly is Hybrid Cloud?

Part 3: VMware and AWS are Enabling Hybrid Cloud with a Common Platform