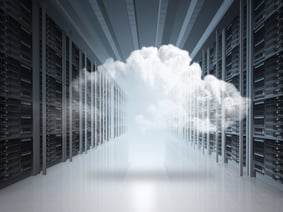 Last year I became a huge Microsoft fan, and now Oracle. Me. Oracle. What is happening to me????

I’ve made a living telling Microsoft and Oracle jokes. You’ve probably heard them. I’ve mocked Oracle endlessly for using the middle finger as a sales tool. And now this. I don’t know who I am anymore.

First, allow me to say that I’m talking hardware, not software. Larry bought Sun with the change he found in his couch, and I figured he’ll just milk the customer base for a bit then tank the whole thing. Sun had StorageTek. Sun had ZFS. Sun had Sparc. Hardware? Larry doesn’t want hardware. He’s a ruthless, brilliant software guy. Right?

Wrong. And I knew it, although I didn’t want to admit it. In and around the year 2002, I took a trip to Israel to visit a few customers. The first night, upon returning tired, jet lagged, and a little buzzed, I walked into my hotel in the lovely seaside area of Herzelia. As I walked to the elevator, a rather small man called my name. I was terrified. The Mossad had found me. He asked me if I would join him for a drink and give him a few minutes.


He told me he worked for a company called Digital Appliance, whom I had never heard of. It turns out, Digital Appliance was Larry Ellison’s attempt to build the back-end uber server to support his vision of thin clients. If you are old enough, you’ll likely recall this was a big thing back in the late 90s. Larry thought PCs were too big and fat and hard, and all the world really needed was a very thin client with apps and the database running on one mongo server. He was probably right, just way too early.

Anyway, Digital Appliance couldn’t make the thing work, but one thing did – the storage part of the system. That piece eventually became Pillar, which Larry owned, then bought from himself in some confusing bit of financing I still don’t quite understand.

So Larry has had a long history with hardware, it turns out. Thus, I’m not sure why I was actually surprised to find out that Oracle really does intend on being in the systems business.

So, once I came to grips with reality, I started to ask questions to try to find out just how serious they were. And it turns out that while there remains plenty of split brain syndrome (software vs. hardware), they are legitimately in the hardware biz – and they are making headway. And that will be disturbing to the other players.

Full Disclosure: I probably wouldn’t have given any of this that much thought if it weren’t for the hiring of Dave Donatelli. I am a Dave supporter, admirer, critic, and friend. It was Dave who looked me in the eye and told me about some of the things they have going on that neither of us knew about previously that made me dig in. Dave is a zealot who, once convinced of something, believes with every fiber of his being. Sometimes to his detriment, but always legit. If he felt this strongly, it’s worth me finding out why. Plus, he’s the only hope I have of actually sitting down with Larry, and I’ve always wanted to meet the man.

So here’s what I can tell you thus far:

I didn't realize Oracle's cloud strategy is so extensive. The company is offering the same hardware on-premises that is powering its cloud. This represents material advantages for companies doing test/dev, as they can test on the same infrastructure they plan to deploy on. It’s not like testing in Amazon on whatever (you don’t know half the time) and then deploying in house on something totally different and wondering why it doesn’t work right. This also makes Oracle's sales force compensation neutral; they can sell you the solution of your choice, on-premises or in the cloud, unlike other vendors who are pushing one approach over another. I know you are not remotely concerned how the Oracle sales rep is compensated, but trust me – it’s better for you.

With the Archive Cloud, Oracle is focusing on large-scale, infrequently accessed data sets.

Every company in the world can afford to archive data at those price points. This is not just about Oracle data, but data of all types. Just like its app developer clouds, Oracle's storage clouds have broad customer applicability. Oracle is 100% committed to expanding its cloud services, so much so that it makes me wonder what kind of shape NetApp and EMC would be in today had they launched public cloud services of their own years ago instead of trying to be the "arms dealers" to the various cloud providers. The pricing at this level would be crippling.

Oracle is vertically integrating everything from the chip to the app to the middleware to the storage to the cloud. Some are doing one part (cloud: Amazon, Google), others are doing another part (storage: EMC, chips: Intel), but nobody else in the industry today is building out an entire stack with common infrastructure, common management, common security, and common support. This is like Back to the Future: everyone is trying to build their own stack but are limited to the VM layer while Oracle is busy building special API calls into its systems at the higher layers--to enable faster database scans, auto tuning, auto-tiering, auto compression--which, like it or not, gives them a huge systemic advantage--since they own the database and the apps.

One guy at a huge chip company told me that by running real-time compression in ZFS they not only got 3X the capacity but 3X the IOPS at 1/3 the hardware and 1/9th the overall cost of using competitive solutions (you can guess who). Crazy stuff.

(Same guy also was howling approval at the analytics capabilities of ZFS as far as being able to identify issues in 1/100th the time of other systems.)

Bottom line is if you're running Oracle software, you can run whatever hardware you like, just as you always have; the difference is now you can get net incremental advantages that make the software run that much better on Oracle hardware and in the Oracle Cloud. This is a strategy that is unique to Oracle, partly because it actually owns all of the elements of a complete IT stack, and partly because the company invests $5B per year in R&D and is bold enough to say "we'll do all the integration, the hard work, so you don't have to." This at a time when most others are pushing software-defined x86 servers with a DIY architectural philosophy.

Don’t get me wrong – I believe that ultimately commodity hardware wins, but along the way purpose-built systems have distinct advantages – and Oracle is living at that time.

If the stuff were cheaper, I think they would sell a zillion Exadata systems. But the stuff isn’t cheap. But if they can sell 1 PB for $12k, what happens if they do the same to systems? Mayhem in the market.

When you own the whole enchilada, you control your own pricing. You can do things others cannot. I don’t know what they will do, if anything, but I do know they are smart and are playing hardball.

The majority of companies have IT managers, not IT architects, like the few and fortunate mega companies do. If you've been managing IT gear and apps for years it's a fundamentally different job when you try to actually architect it yourself. Let's not confuse the thousands of PHDs from Google--most of whom were former system designers with the major vendors--with the IT managers at your local retailer. The real world benefits from one throat to choke, and one “system” approach. The consumer variant of this has been Apple, and it worked. We’re already seeing a huge trend back to integrated computing stacks, and Oracle just happens to be positioned enormously well here – since everyone runs their database and apps.

Suffice it to say the battle for the next generation of infrastructure dominance has begun and I know one thing for sure – Oracle is going all in to win.

This is going to be interesting to watch at the very least.