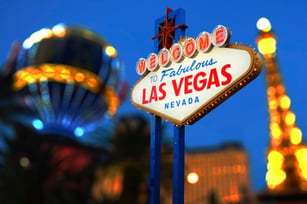 The 2015 edition of IBM’s Edge conference recently took place in Las Vegas. While it lacked some of the showbiz sheen of other big industry events, the feeling of being at a cult reunion was just as strong; and any lack of hype was more than balanced by the focus on links to real world business/societal outcomes that permeated everything. There’s a telling irony in that comment: while many vendors declare lofty goals in their conference descriptors that are sometimes based on spurious - or at best strained – links to eventual value, and then actually talk about products, IBM (as so often) treads a different path: It actually declares that the conference is indeed about infrastructure, but then wraps that iron fist of infrastructure in a beguiling and compelling velvet glove of end-user achievement and proven value.

As my colleague Scott Sinclair and I found, that 180 degree perspective-shift takes a day or so to settle into! Take a look at the video comments we recorded onsite to get a bit more detail on our thoughts and takeaways (and we made sure to have our video producer add some Vegas glitz up front!)

As the video showed, there are some serious capabilities here! Yet that might not be the opinion that a more casual observer of IBM would form….if all you do is read the news then all you might know is that IBM storage has had its market and revenue challenges of late. That’s particularly Interesting, because there was little to no talk of specific results for the IBM storage unit at the event. Why? Two main answers occur to me. The first, and main, one is because the “business-focus-bar” at IBM is set so much higher – its storage capabilities and products are crucial, of course, but they are simply one part of a much bigger whole. Second is the fact that IBM’s numbers are a lot better than you might know, albeit it seems to try hard to disguise the fact – when declaring its storage revenues, it only includes the hardware, with no software or services! With the way the storage world is moving (SDS, and all it encompasses…), and assuming IBM’s spectrum of Spectrum capabilities gains it renewed success, we could - at the extreme - see the venerable vendor being a dominating actual market leader with a diminishing acknowledged revenue stream!

But overall it was the breadth – and actual/potential capabilities – of IBM’s applied infrastructure offerings that was most impressive. How many other vendors can span from Watson to Twitter, waste management in India to disaster preparedness in Melbourne (those two being part of the Smarter Cities Challenge awards), and from mainframe Cobol programming to a Program Director of IBM Translational Systems, Biology and Nanobiotechnology!? That’s the essence of IBM’s continuing – and likely resurgent – relevance. From healthcare to street parking, from the “waitless computing” of Power Systems to the “cloud-essence” of the z mainframes, and from travel agencies to space exploration, it is IBM’s ability to start from the outcome that remains its true [Blue] trump card.

Mark Peters: The show season continues back in Vegas. This week it's IBM Edge, the Infrastructure Innovation Conference as they like to call it. Now usually, look behind me. There's IBM and their partners. There's hardware and solutions. And usually this sort of thing is all about the innovation that's going on with the infrastructure. Here, the emphasis is on what that actually does for people. And as my colleague, Scott Sinclair and I found, one of the first things we had to do was adjust our brains to the way that IBM doesn't look from the infrastructure out but from the outcomes to the infrastructure. And so that means, a real change of perspective is necessary.

Scott Sinclair: There's a growing consensus that the IT world is changing. Thanks in part to the rise of mobility, the Internet of things, and big data analytics. Despite this consensus, different vendors are responding differently. Some are focusing on the infrastructure. Others are focusing on a broader ecosystem, looking at solutions that are both on and off-premise. IBM is taking it one step further by focusing on the business value that can be achieved through advanced data analytics. That's not to say that IBM is forgetting about storage. Recently they announced that they're investing $1 billion dollars in both software defined storage and solid state moving forward. However, with all the amazing stories of around how IBM is using advanced data analytics to help Fortune 500 companies achieve maximum business value and helping create smart cities, the question remains, how does this story translate to small and mid-sized organizations?

The addition of a hyperconverged solution may help their adoption in that space, or help their penetration into smaller and mid-size organizations. Ultimately, it may not matter. IBM's true goal is to create a conversation around how are organizations using their data to maximize their business value. And in those conversations, storage is a means to an end rather than an end itself.

Mark Peters: So as Scott said, storage is very much a means to an end rather than the other way around. And that's true of everything IBM has from the infrastructure perspective. You've got Watson everyone knows about. You've got neurosynaptic processing which is on its way. They have some marvelous means, but again, it's the ends that matter. So whether that's the smarter city initiatives or the stories we heard about parking in L.A. or whatever it might be, it's the outcomes that really matter to IBM. I kick this off by talking about the different perspective that one has to have when you're dealing with IBM. After all, this is a more than a century old company that's managed to innovate and reinvent itself multiple times to stay relevant. So, I just want to emphasize that big picture but come back to storage since that's what Scott and I cover. And what really hit me here is that there maybe a different perspective that you have to have. But part of that perspective is what we think of what they are doing and clearly their focus on storage and how they apply that for those outcomes is as intense, as compelling, and as broad as its ever been.