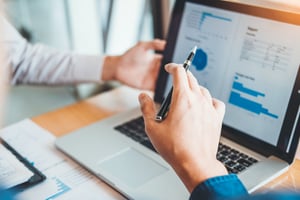 In a time where nearly every business is searching for some good news, IBM’s storage systems business impresses with strong growth. In IBM’s recent earnings announcement this week, the company reports that its enterprise storage systems revenue grew by 18%, for the second consecutive quarter of growth for IBM Storage.

This high growth rate is on par with some of IBM’s other high growth businesses such as its cloud business, up 19%, and Red Hat, which also grew 18%.

The often-overlooked outcome of this digital business revolution is that businesses are creating a lot of data. And, all that data must be stored and protected somewhere. Public cloud services often get the lion’s share of the attention nowadays, but the current rates of data growth are so strong at some organizations that on-premises storage systems are also seeing huge wins.

In recent ESG study of storage administrators, 25% reported that they expect their organization’s on-premises storage capacity to grow by more than 50% annually over the next three years. And before you think these are small environments, 77% of those organizations reported having storage capacities of over 1PB.

This study, however, was conducted prior to the current global pandemic, which I expect to fuel increases in both cloud adoption and cloud usage. This would play to IBM’s advantage as it also has several strong cloud offerings, but hybrid cloud IT still looks to be the de facto standard for some time.

Addressing digital businesses’ storage needs on-premises is not an “if you build it, they will come” proposition. Which explains why double-digital growth in storage systems revenue has been elusive for many storage players in recent quarters. The digital organizations that are fueling these increased data demands have specific storage needs, such as high performance (e.g., NVMe flash and storage class memory (SCM)), infrastructure flexibility, and a way to connect to the cloud. Each of these outcomes have been core elements of IBM’s storage roadmap over the past several quarters, which has featured some impressive product releases.

Critics may contend that IBM’s storage numbers had been down in previous quarters, and this growth may just be simply a rebound, though IBM Storage has now grown two consecutive quarters (Q4 2019 and Q1 2020). What matters, however, is not the past, but the future. There is a lot to like about IBM’s storage innovation and execution. This is a definitely a trend to watch moving forward.