IBM Improves Storage with NVMe and AI, while Delivering the Tools to Tackle a Universe of File Data 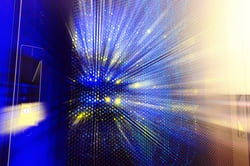 Today, IBM released a massive storage-related announcement with a variety of new innovations offering value to modern, data-driven businesses. There is a ton in this release, so let’s look at some of the highlights, which I have conveniently divided into two categories.