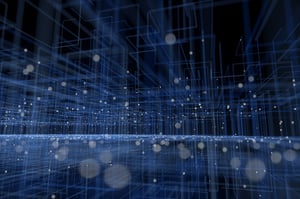 Luckily, IBM understands that containers have different needs. And now, potentially influenced by its Red Hat brethren, IBM is focusing its innovation engine on better serving the needs of cloud-native environments.

What did IBM announce?

This week, IBM announced several new features and capabilities, including:

Why does this matter?

Cloud-native, container-based applications are quickly becoming a fixture in production environments. As a result, access to enterprise-level persistent storage and enterprise-level data protection have become a must.

The technologies and features required to deliver these capabilities, however, are often not the same as the tech required to achieve this level of functionality for virtual machine environments. Which brings us back to the point that opened this blog: Containers are different.

Containers are the fuel for application development initiatives as well as continuous integration and continuous delivery (CI/CD) teams, so delays in resource deployment impact business opportunities. Storage silos and manual operations are too slow and costly, and are not sustainable. Containers are designed for mobility and portability, and require immediate accessibly to resources. If you must submit a trouble ticket to IT, it defeats the purpose of containers. Again, containers are different.

With these announcements, IBM consolidates multiple storage types into an easier to deploy and access software-defined package. IBM is also allowing its enterprise-level protection functionality, IBM Spectrum Protect Plus Server, to be deployed via Red Hat OpenShift operators, expediating and automating IT operations. Modern apps get the resources they need automatically and quickly, simplifying IT, reducing costs, and speeding up business initiatives. Everyone wins.

It would be naïve to think that IBM Red Hat acquisition did not influence this release. That being said, superior support for container environments is something that every infrastructure provider is, or should be, working toward. I expect that IBM was already moving in this direction prior to Red Hat. Now, with this functionality, the better together, IBM plus Red Hat story only gets better.

IBM and Red Hat customers and potential customers should be excited to see the innovation in this release. As enterprises invest in application modernization initiatives, it is great to see a leader in this industry taking the nuances of container-based environments seriously and delivering the necessary innovation to not only make the right functionality accessible, but also make it easier to consume. One last time, containers are different, and IT organizations need storage technologies optimized to maximize their potential. I expect this is just one of many great things to come for Red Hat and IBM.